35 years after the catastrophic nuclear reactor meltdown, the Chernobyl exclusion zone still remains inhabitable to humans. Despite this, the wildlife population of Chernobyl is thriving, with many species living in higher densities in the exclusion zone than in any of the nature reserves neighbouring Chernobyl. Researching this project was an eye-opening experience: learning that even the effects of the radiation in Chernobyl weren’t nearly as damaging to wildlife as the simple presence of human beings.

A  glow-in-the-dark ink was screen-printed along the timeline of the poster, plotting the relative radiation levels within the exclusion zone over time: a reminder that while on the surface Chernobyl may seem to have improved remarkably well, the dangerously high, invisible levels of radiation are still very much present. 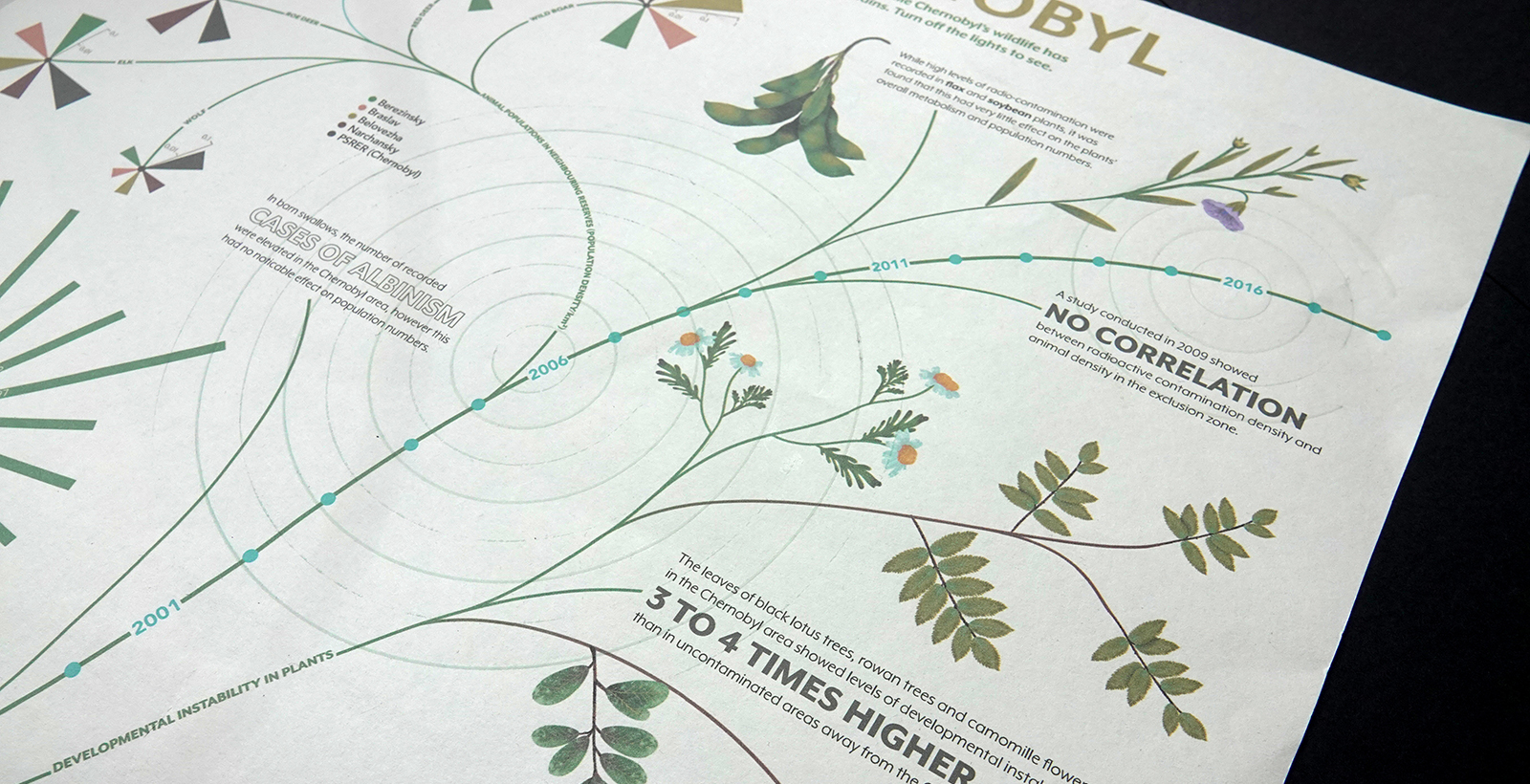 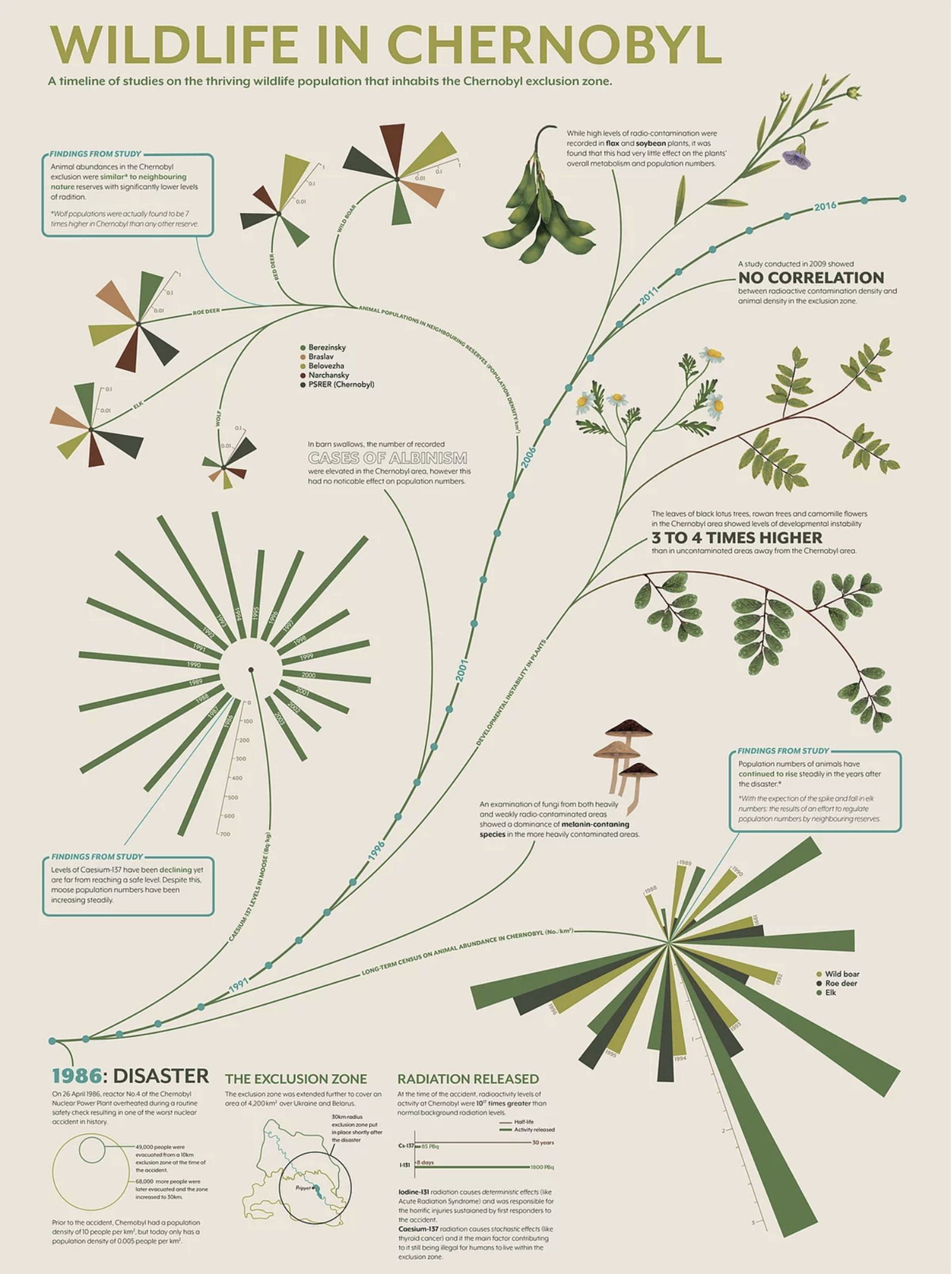 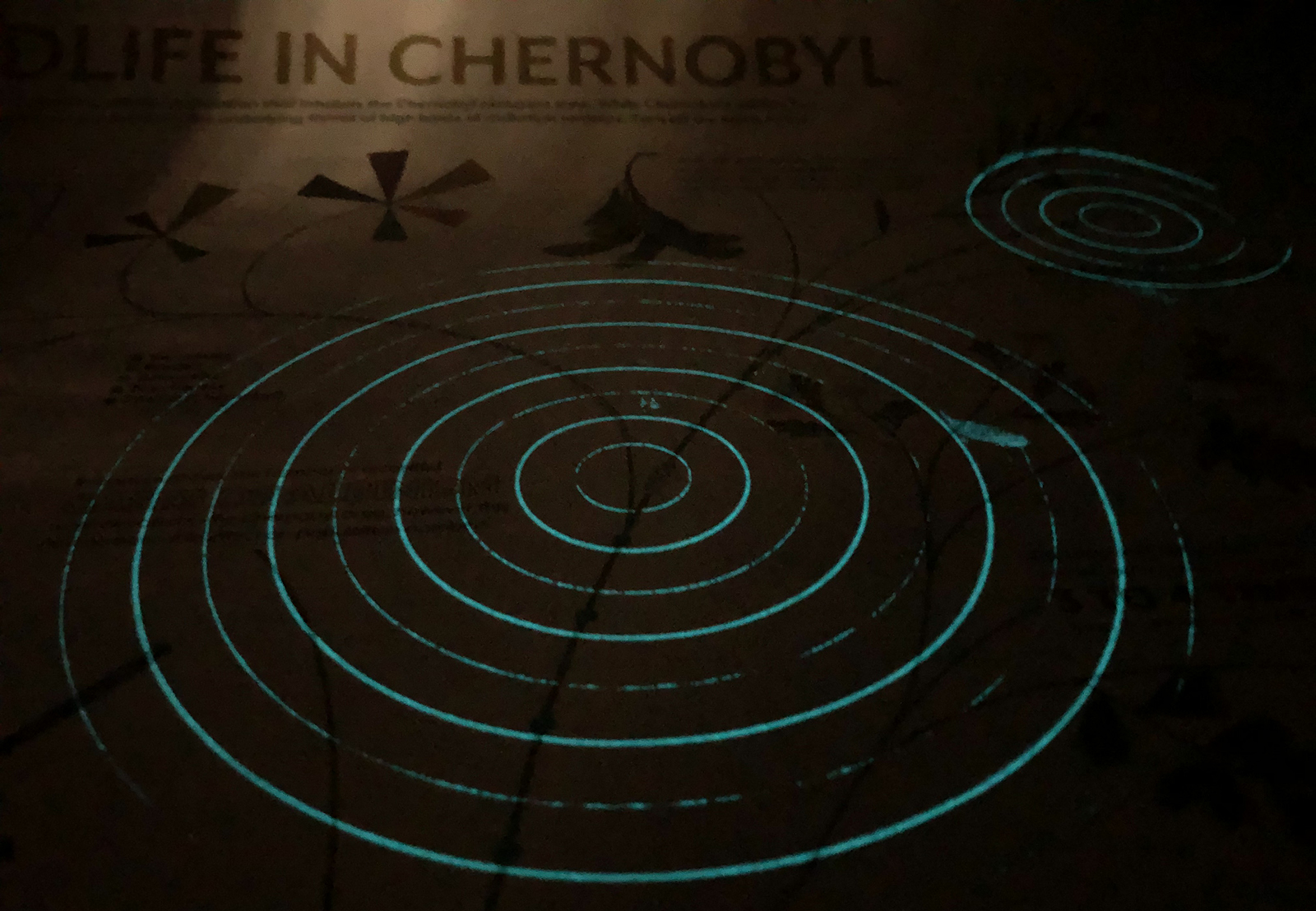