The Hunter is a project under the brewery Keg and Barrels. This new venture aims to create customised craft beer for various pubs around the UK. The task was to design the logo for ‘The Hunter’ and a set of 3 beers (including the cap) to represent a specific city in the UK. The location I have designed for is Wrexham. Wrexham has mysterious underground tunnels that lead to different pubs, dead-ends but most importantly, Urban legends (as told by the locals). This collection of beer bottles tells the story of the ghost of Lolo Ap Hugh, The Brimstone Fox and the Catacomb Miners, where each protagonist is lured into the tunnels and never seen again.

I showcase 3 distinct characteristics of all 3 urban legends through illustration and expressive typography. I subtly show elements of Wrexham’s tunnel as well; the decision of using white on tinted glass was adopted from the idea of lightness and darkness of the tunnel and the illustrations are each framed with the tunnel’s entrance. The logo for the brewery, The Hunter, is made from the initials of the brand. The combination of sans serif and slab serif provides a balance of modern and traditional values the brand upholds. Design wise, the circular structure resembles a stamp; and a stamp conveys a sense of unity across by acting as a seal. In this case, the seal for all the stories. 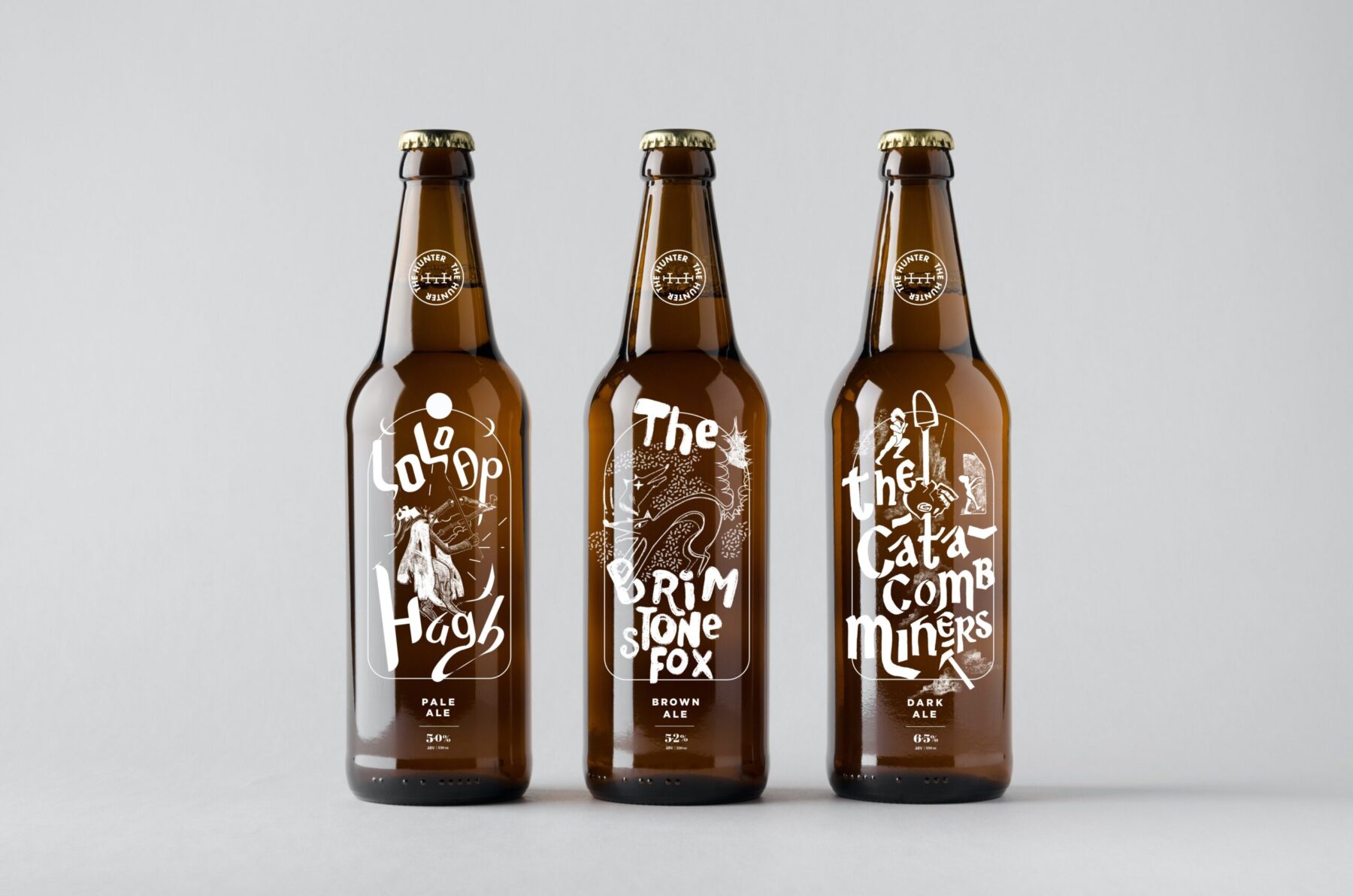 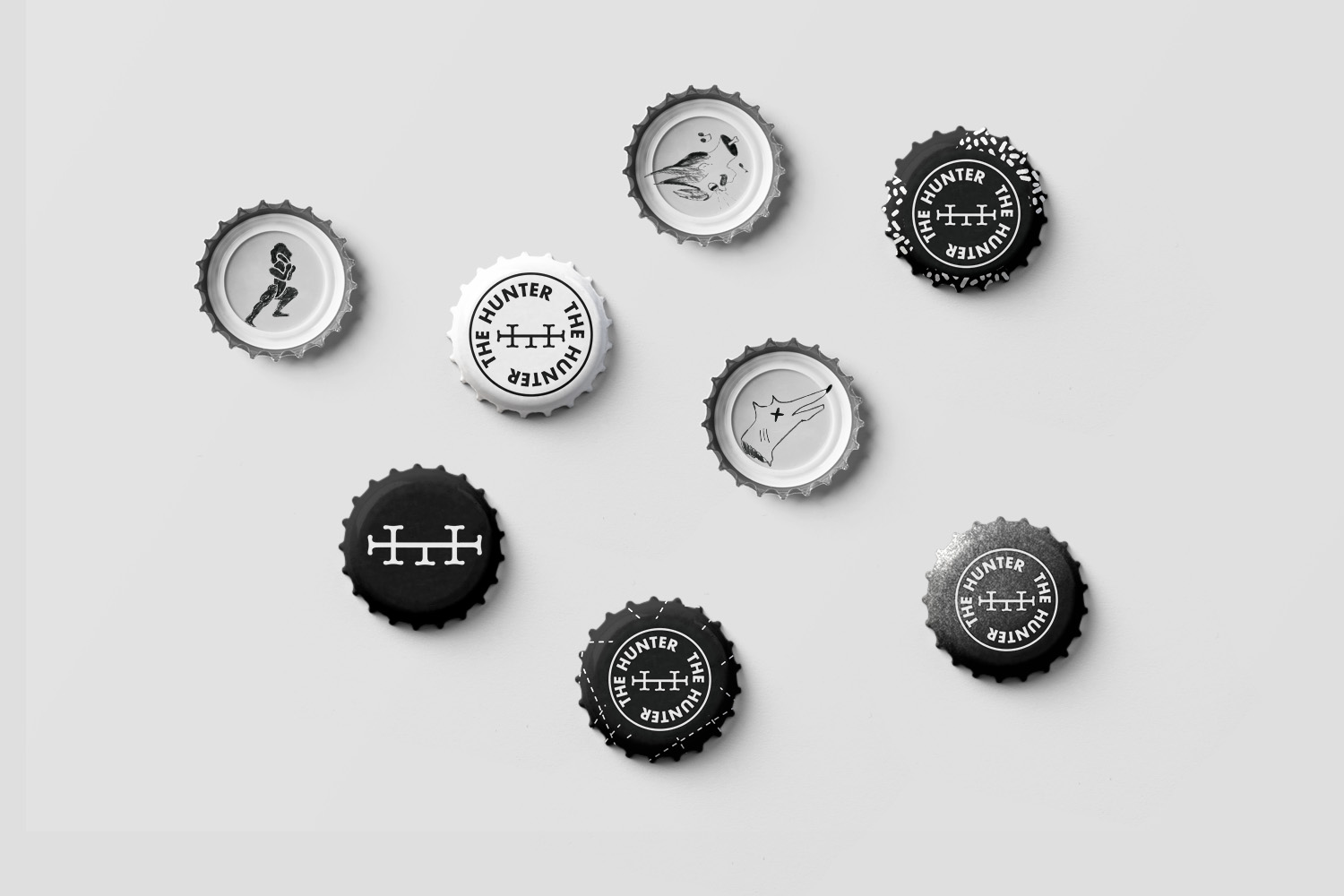