I was tasked to create branding for a beer company called “The Hunter” I was given the town Ipswich that I was to apply to my designs. When researching Ipswich I found some humourous reviews describing it as “the worst place to live in Britain” believed to have been said by Charles Dickens. I decided to make this the theme for the 3 beer labels, the idea was to use hand lettering to create a very inviting and fun-looking design and it wouldn’t reveal the darker quote until further inspection. Made to appeal to the sense of humor of the target market – males in their 50’s. 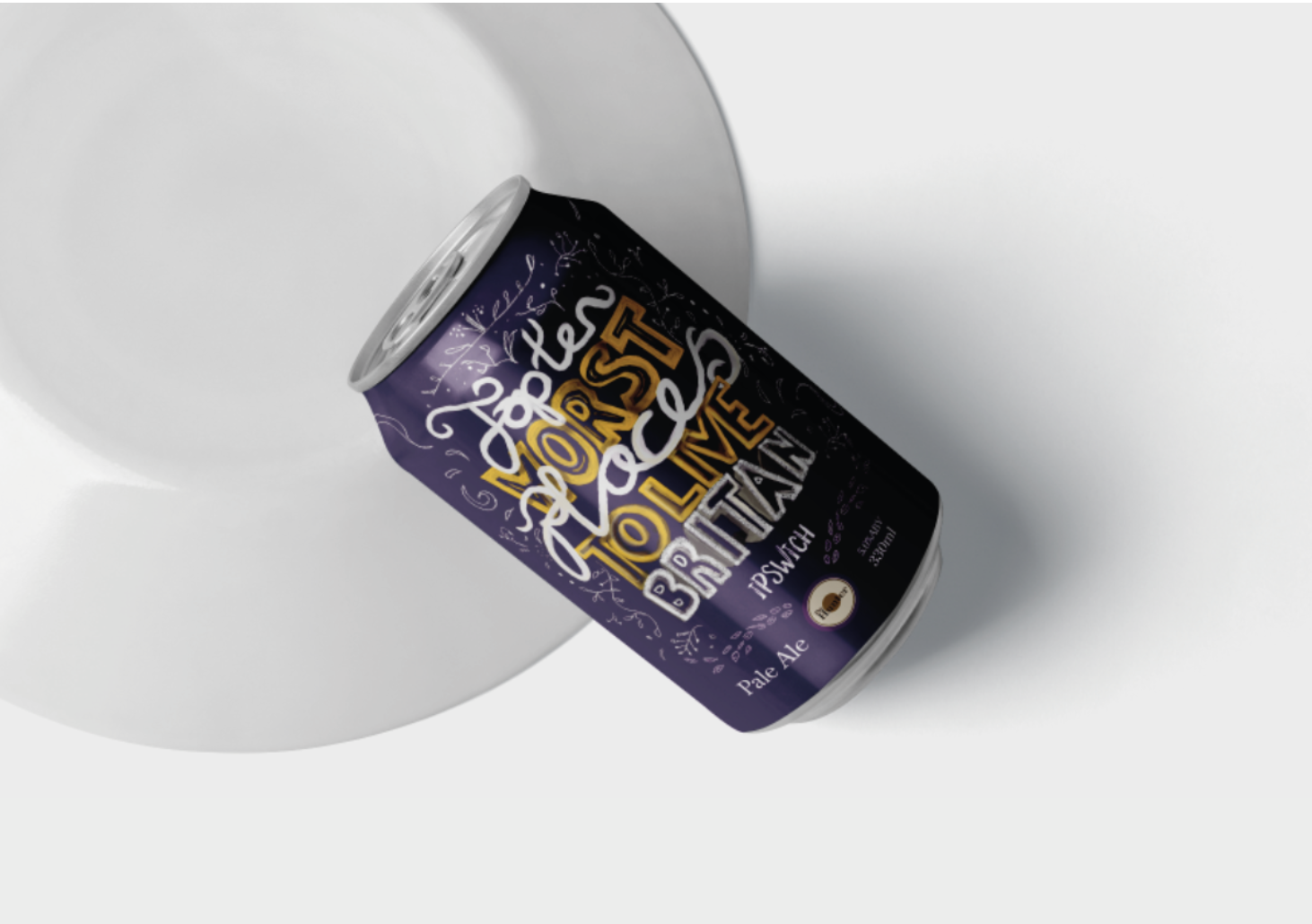 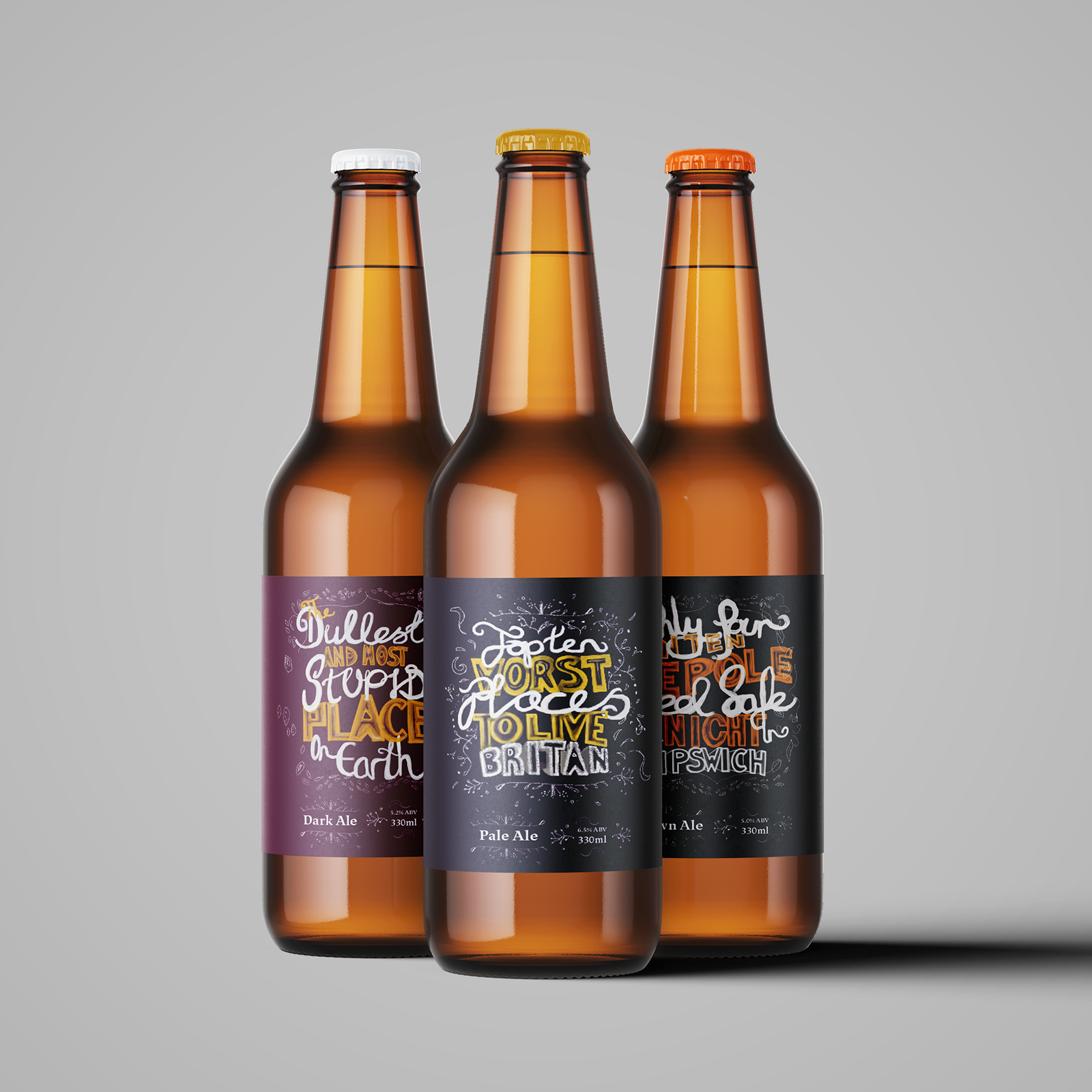 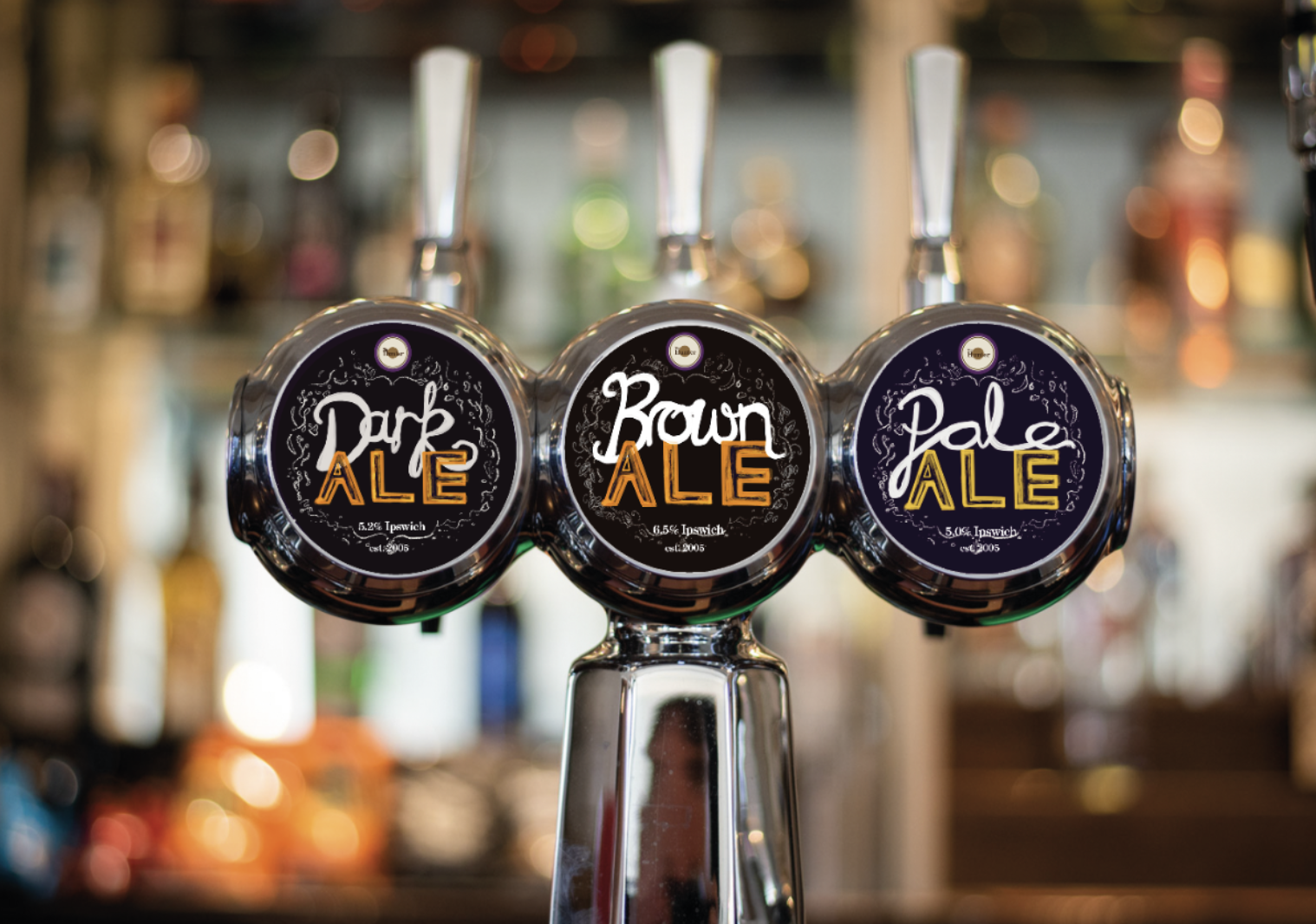