Cut It Out is a campaign to end deforestation in the Amazon rainforest. The campaign I designed focusses on the Poison Dart Frog and how deforestation affects their species. Infographics are used to highlight the scale of the problem. I think what was successful about this project, is how well I committed to the ‘Cut It Out’ concept. The title is a play on words with the phrase ‘cut it out’ being used as a way of asking someone to stop something. In this case it applies to what we are demanding stops which is literally cutting out areas of the rainforest. I used stencil typography as this is created by cutting out paper or card. Shapes are cut out of the pages to serve as a constant reminder of the many large areas of rainforest which are constantly disappearing. Strokes used the stitching of the book resemble the dashed lines you find on products which are a guide for where to cut. Then the promotional item, which came wrapped in a bespoke folded envelope, shows how we can use cutting out to make a positive impact. Pre-cut stencils of quotes about saving the Amazon are to be used by the reader to create their own placards which they can share on social media to support the campaign. 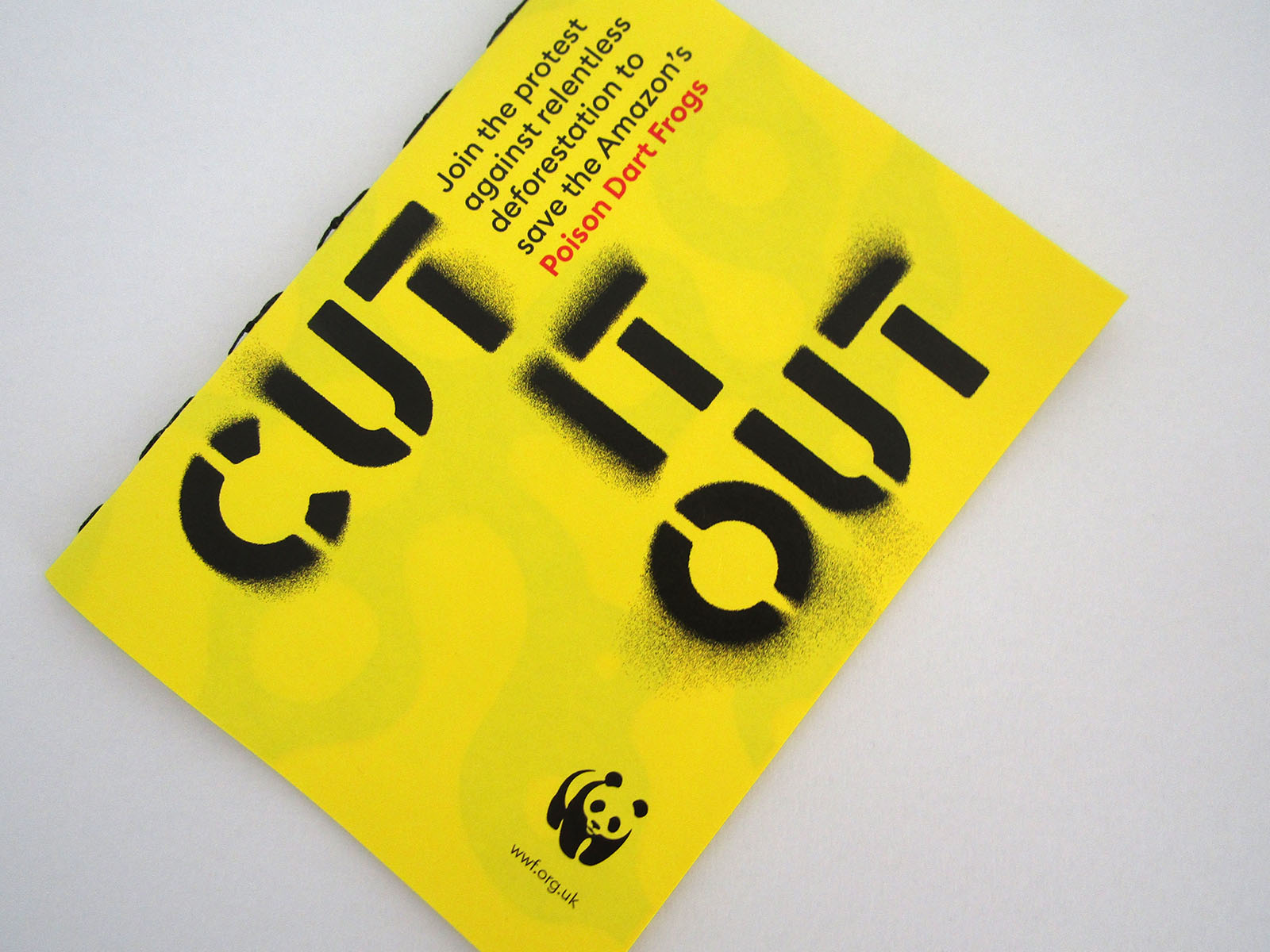 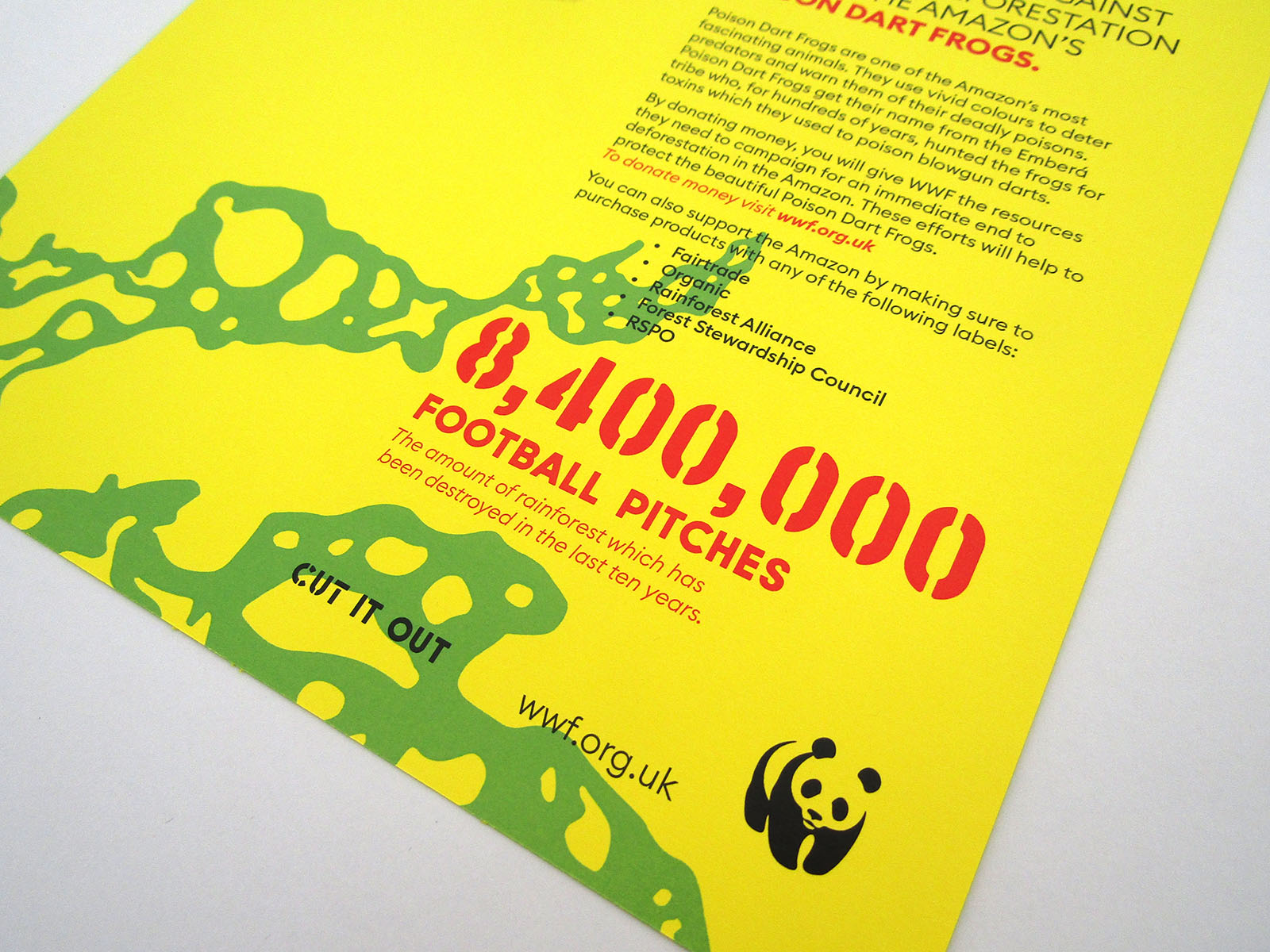 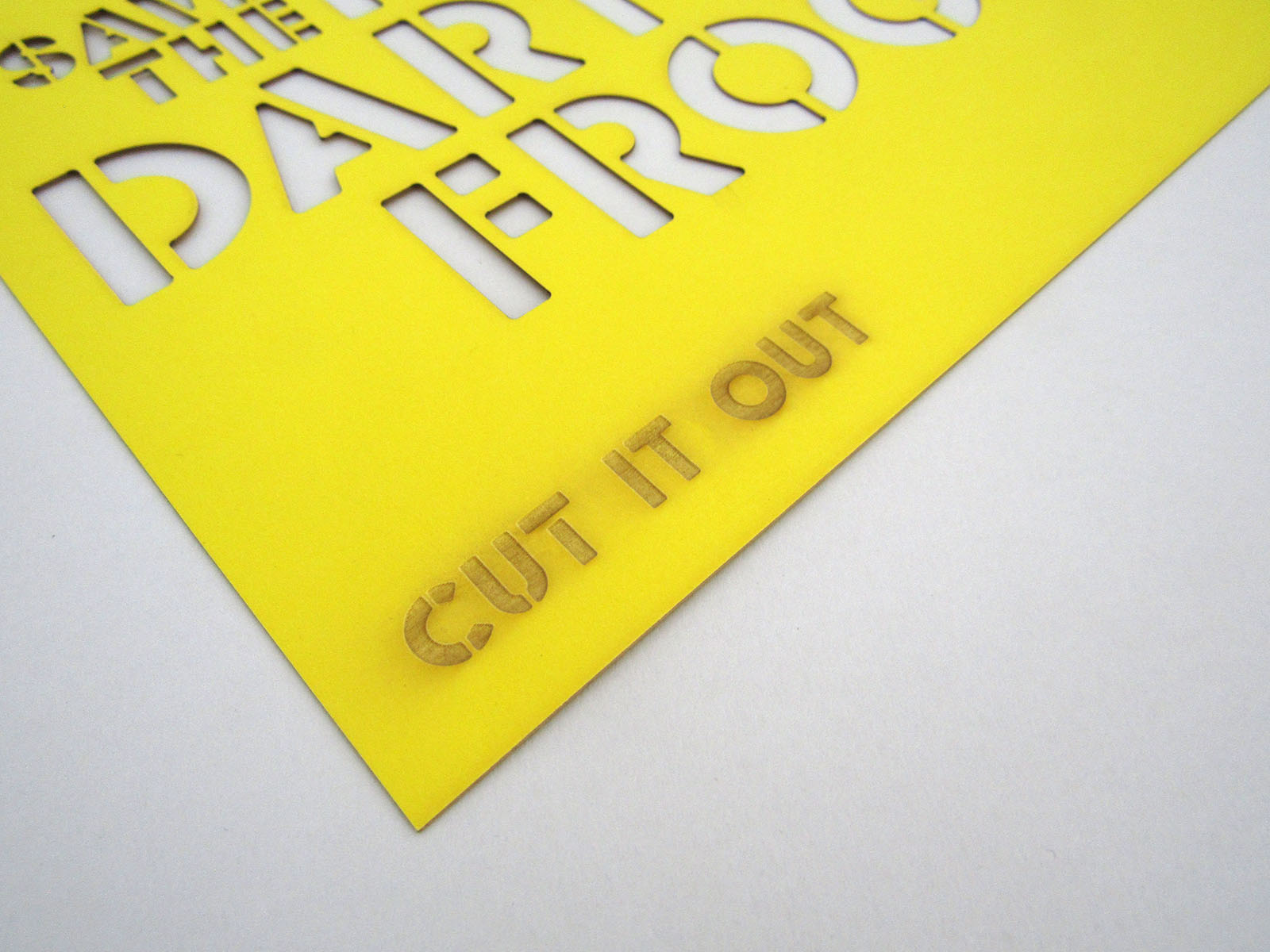