Harajuku station originally opened in 1906. After the War, US military facilities were built nearby and shops that catered towards the American servicemen opened one after another along Omotesando. This helped instil influences of American and European culture into Harajuku that can still be seen today.

This project is an editorial magazine of the Harajuku fashion scene in Tokyo. The magazine focuses on the subcultures within the Shibuya district and the evolution of styles. The combination of western clothing to East Asia has given birth to an intense visually stimulating way of expression through fabric and texture.

Japan is renowned for its offbeat trends, and its fashion sense is no different. The striking Harajuku style captures the imaginations of people all over the world. Typified by its colourful theatricality and quirky character themes, it’s the creative, funky style we all wish we had the guts to wear. Take a walk through the history of modern Harajuku style, from cosplaying to visual kei and everything in between. 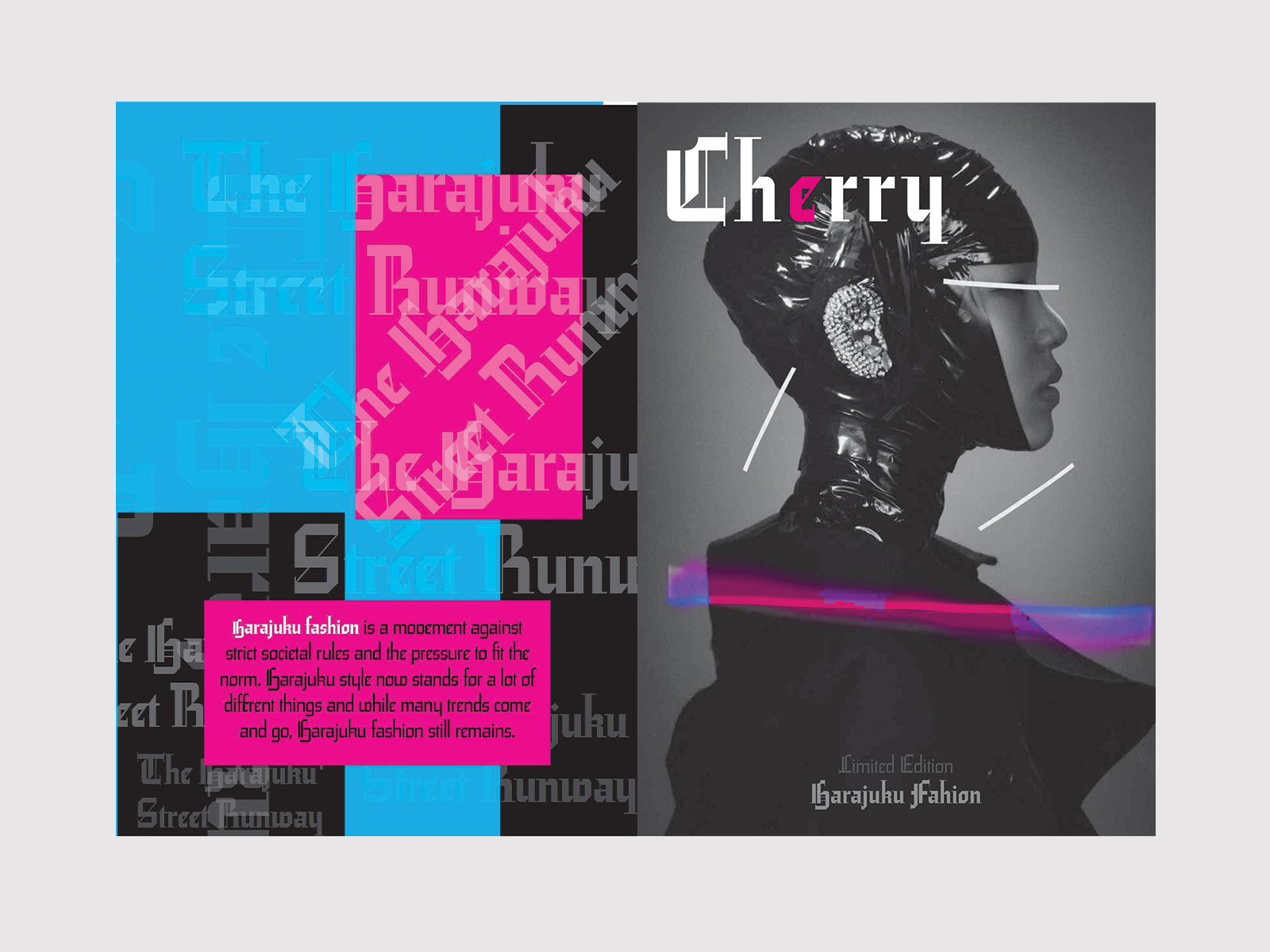 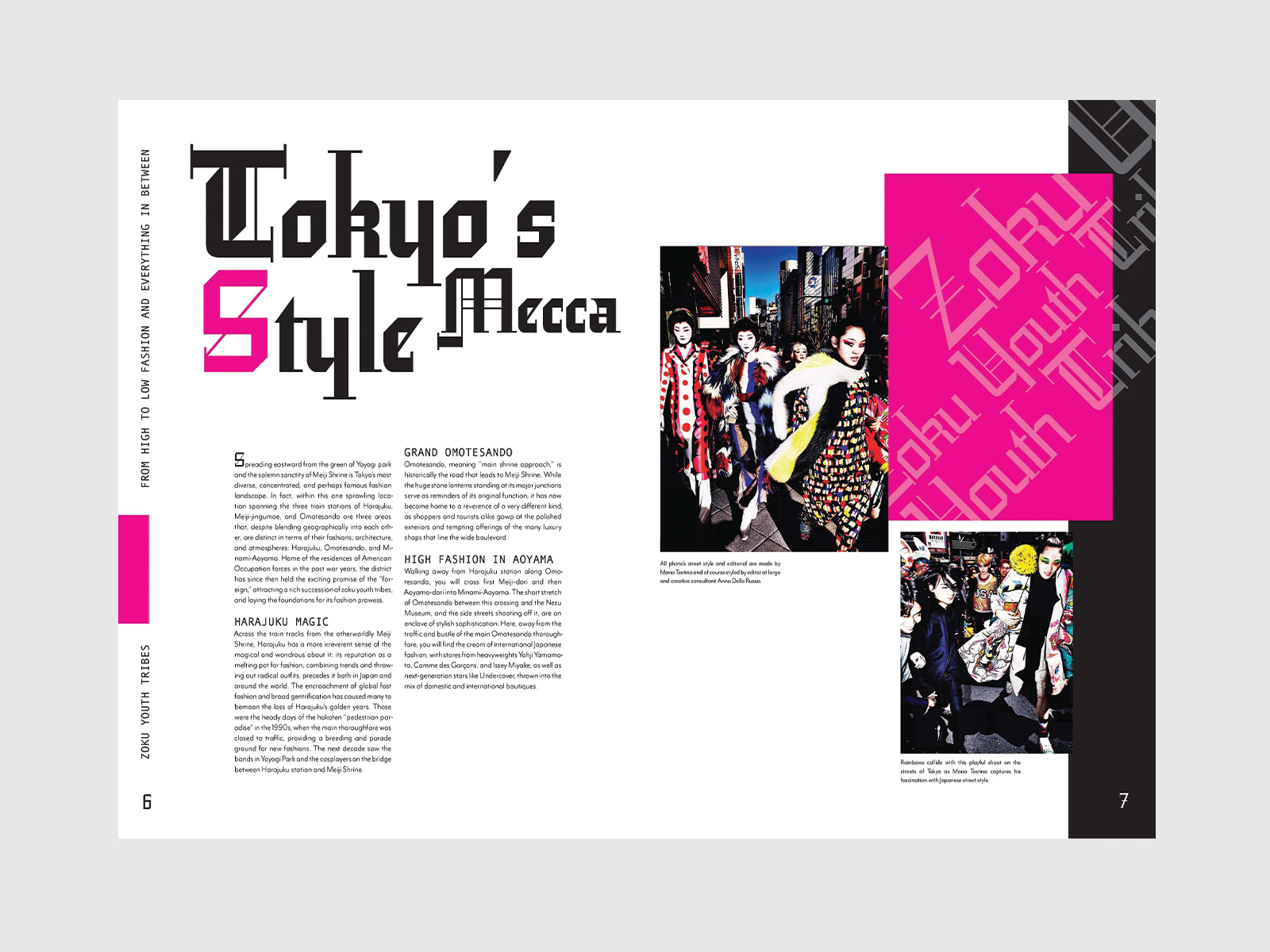 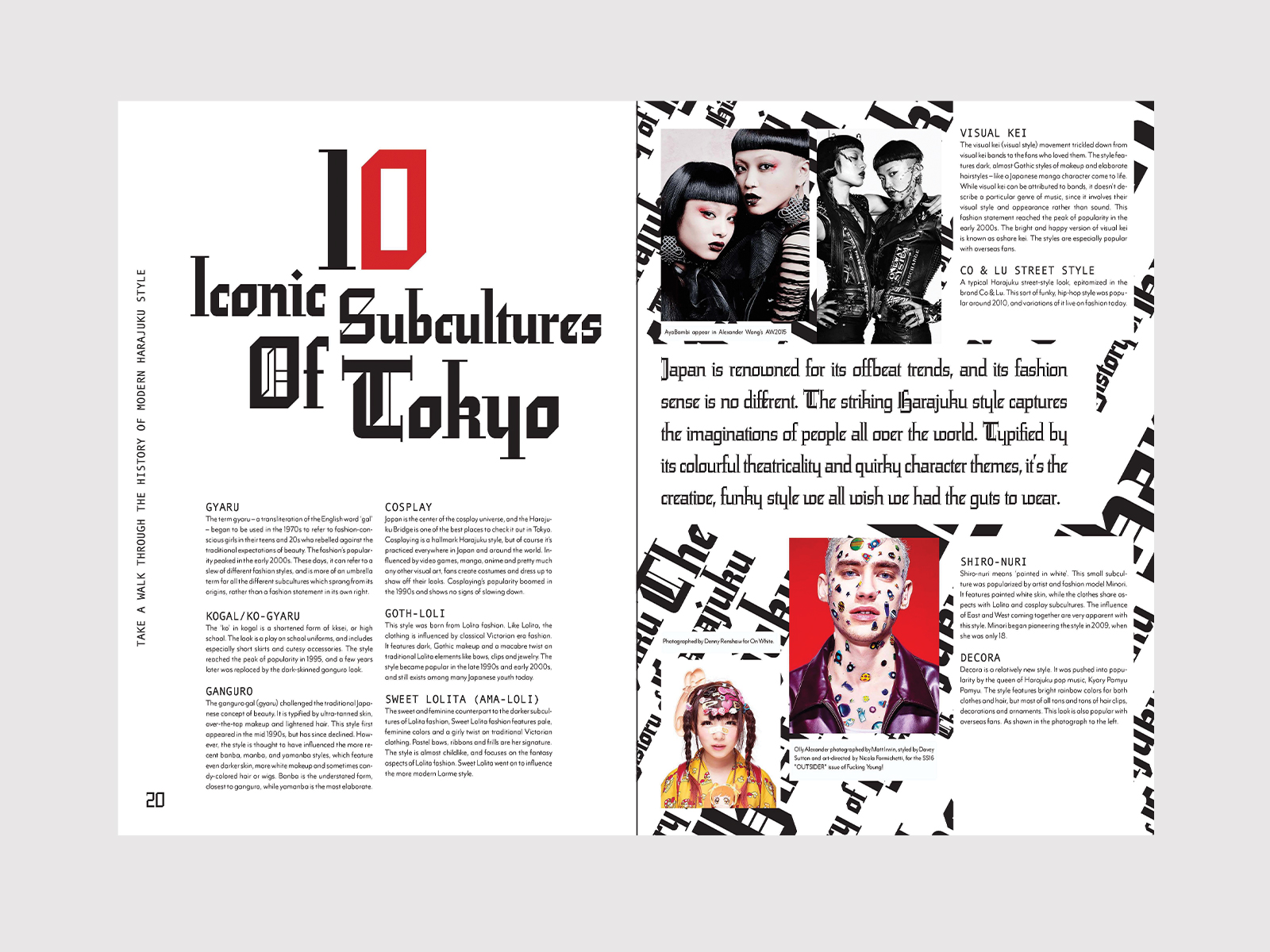 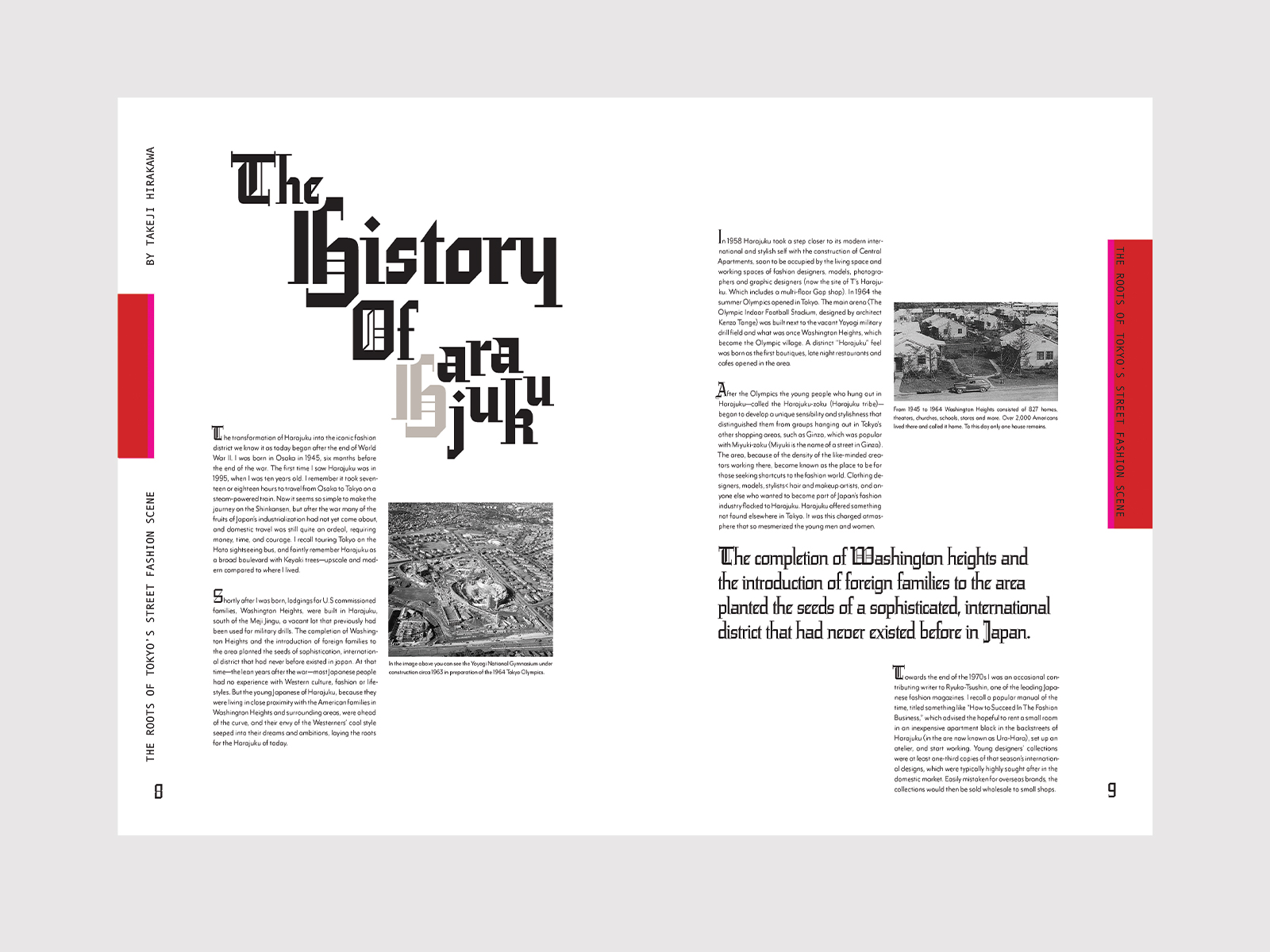 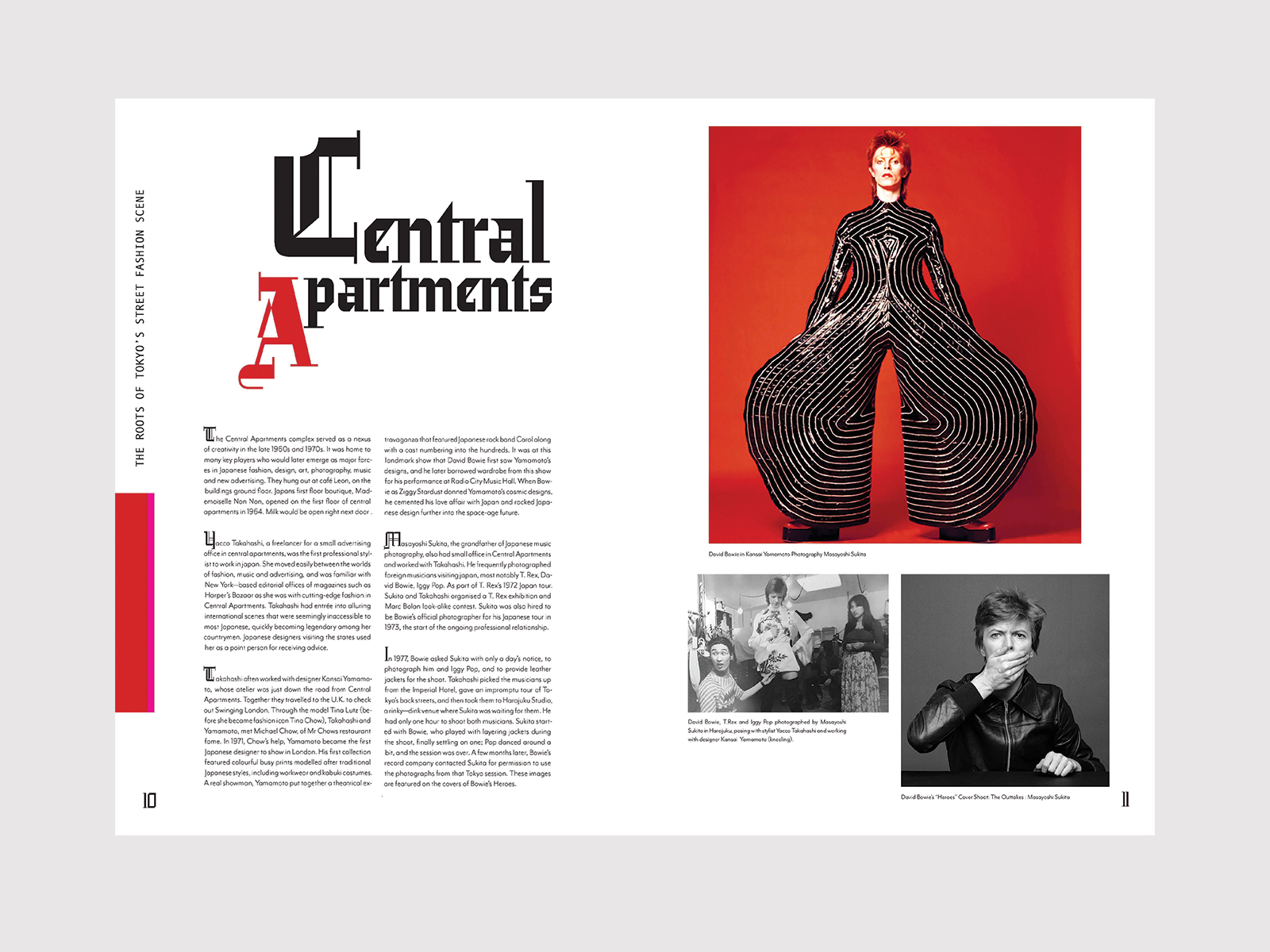 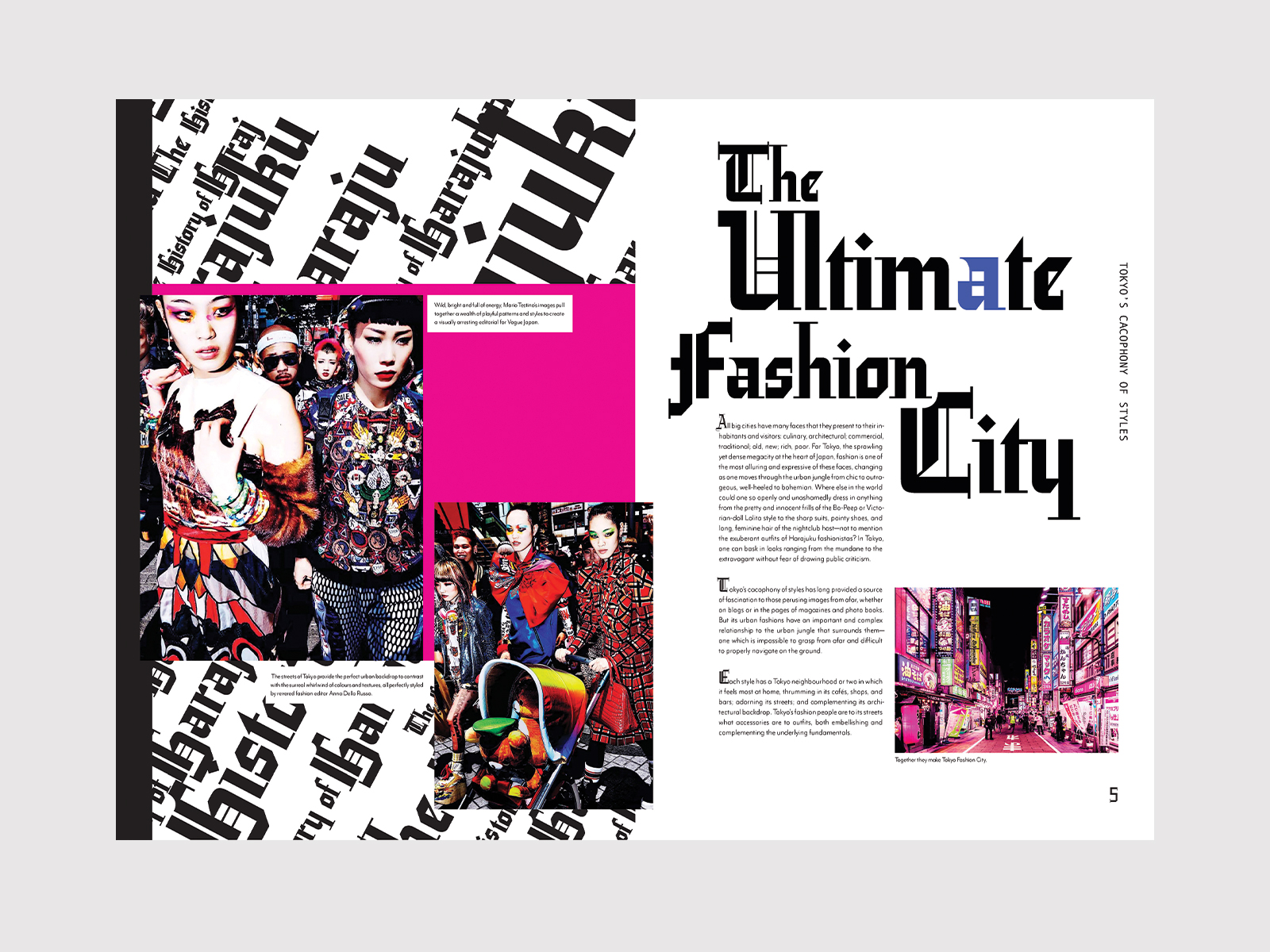 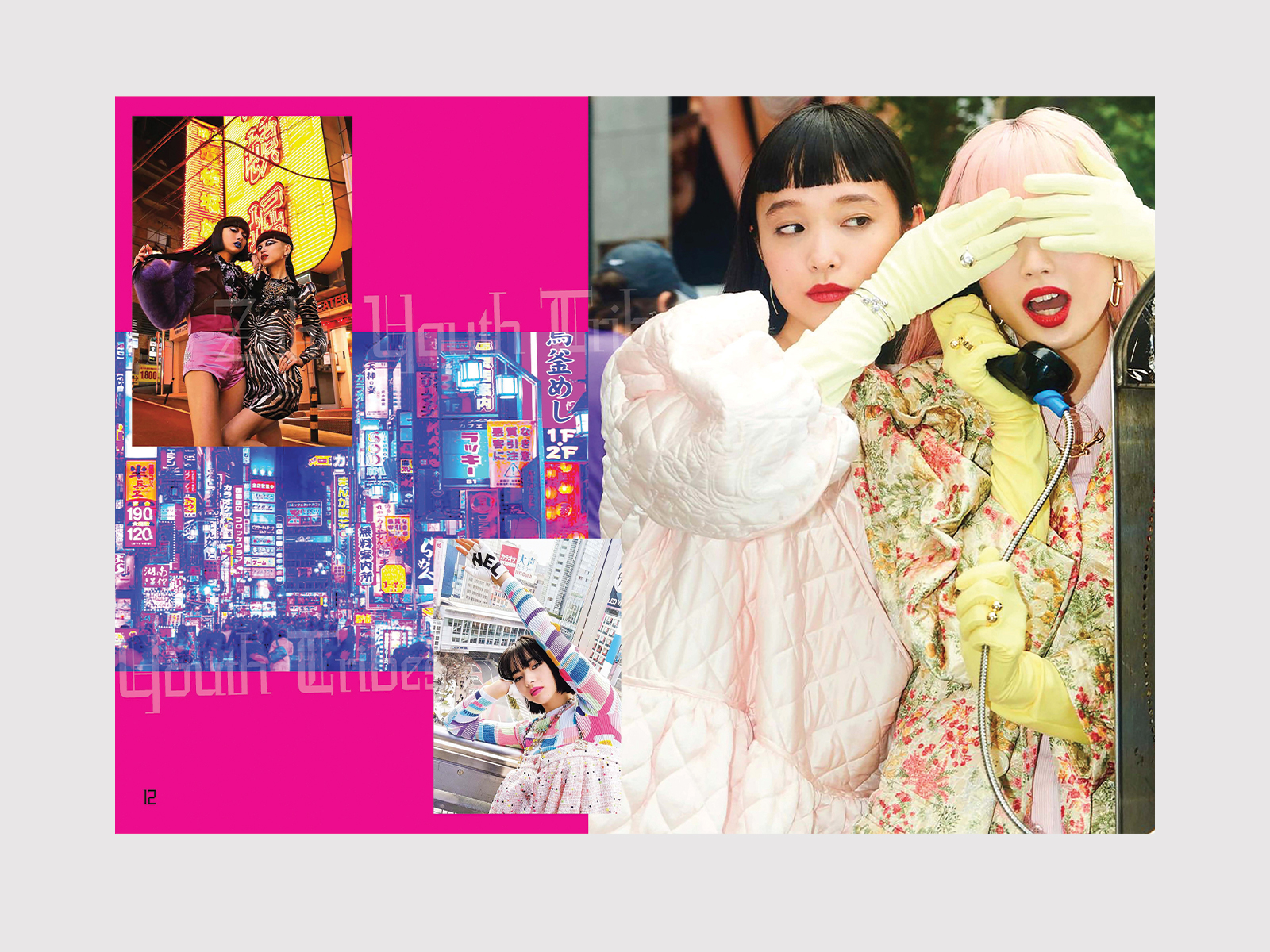 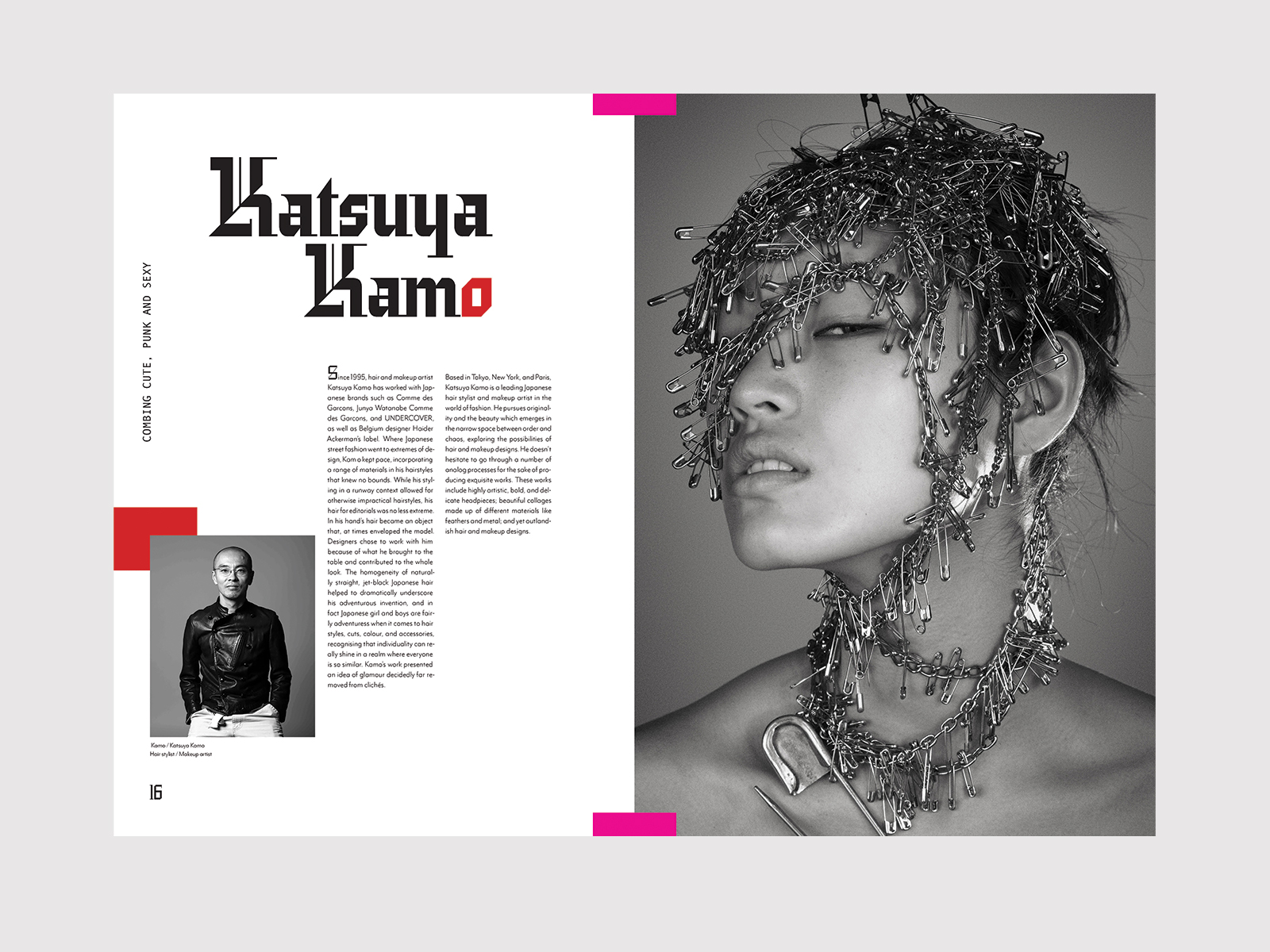 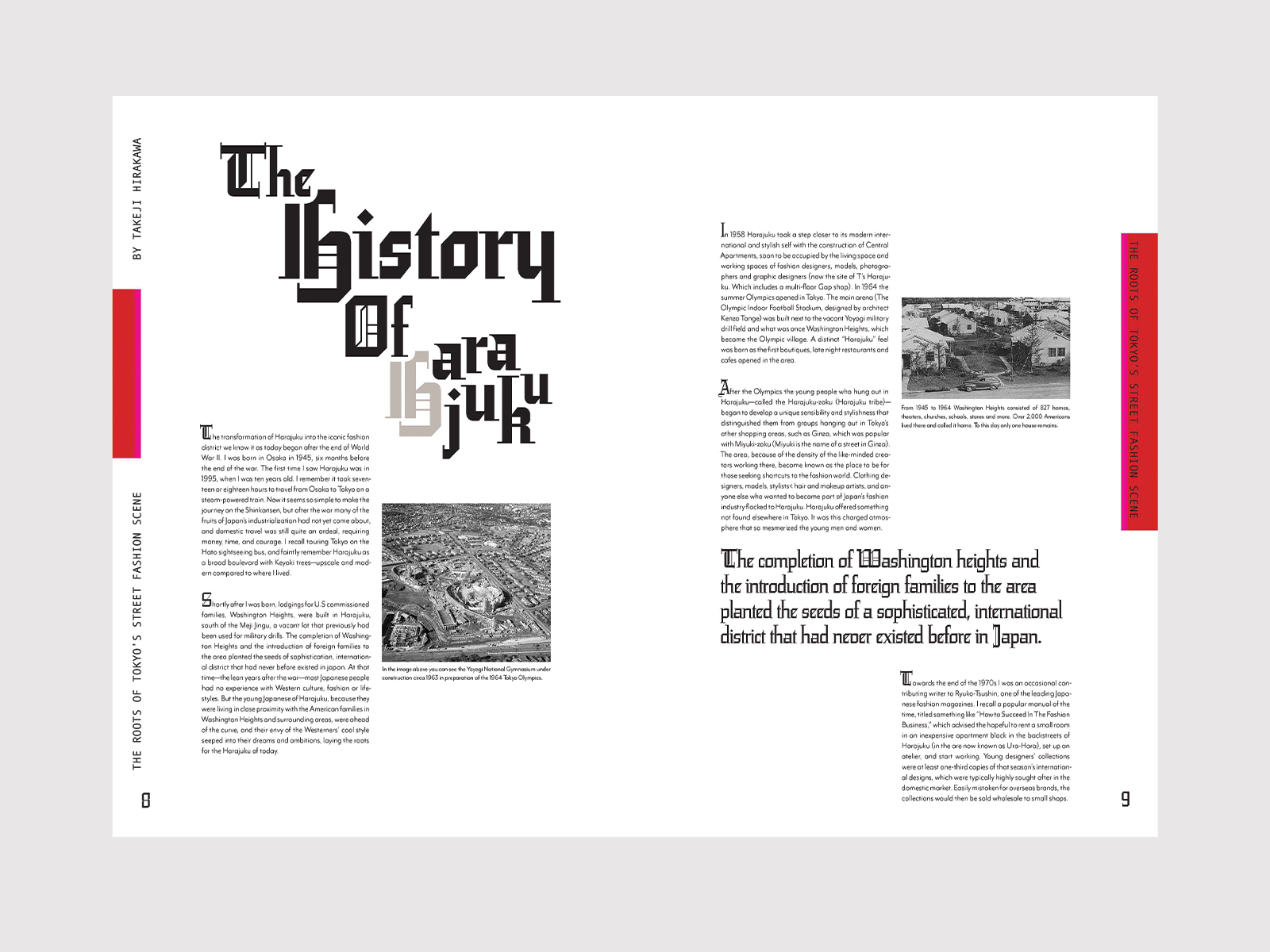