For my creative project I had to create a self-initiated brief which projects work that’s current and up-to-date, not just in terms of design and trends but, but also tackles or raises awareness of current problems. I also had to pose a question that I would then go on to answer.

My concept was inspired after watching a channel 4 documentary called “Dispatches: Starbucks and Nespresso: The Truth About Your Coffee”. As I am a massive coffee lover, I already had a keen interest and once I discovered what is going on behind the scenes within the coffee industry, especially involving child labour. The U.S Department of Labour reports an estimated 34,131 children labourers growing coffee in Vietnam, 12,526 of which are under the age of 15. The same report finds almost 5,000 children under the age of 14 working on coffee plantations in Brazil. These figures show that there is a dark side to coffee and it doesn’t stop with child labourers. I decided that this would make a successful project and provide an intriguing read for not just me but fellow creatives and coffee enthusiasts. 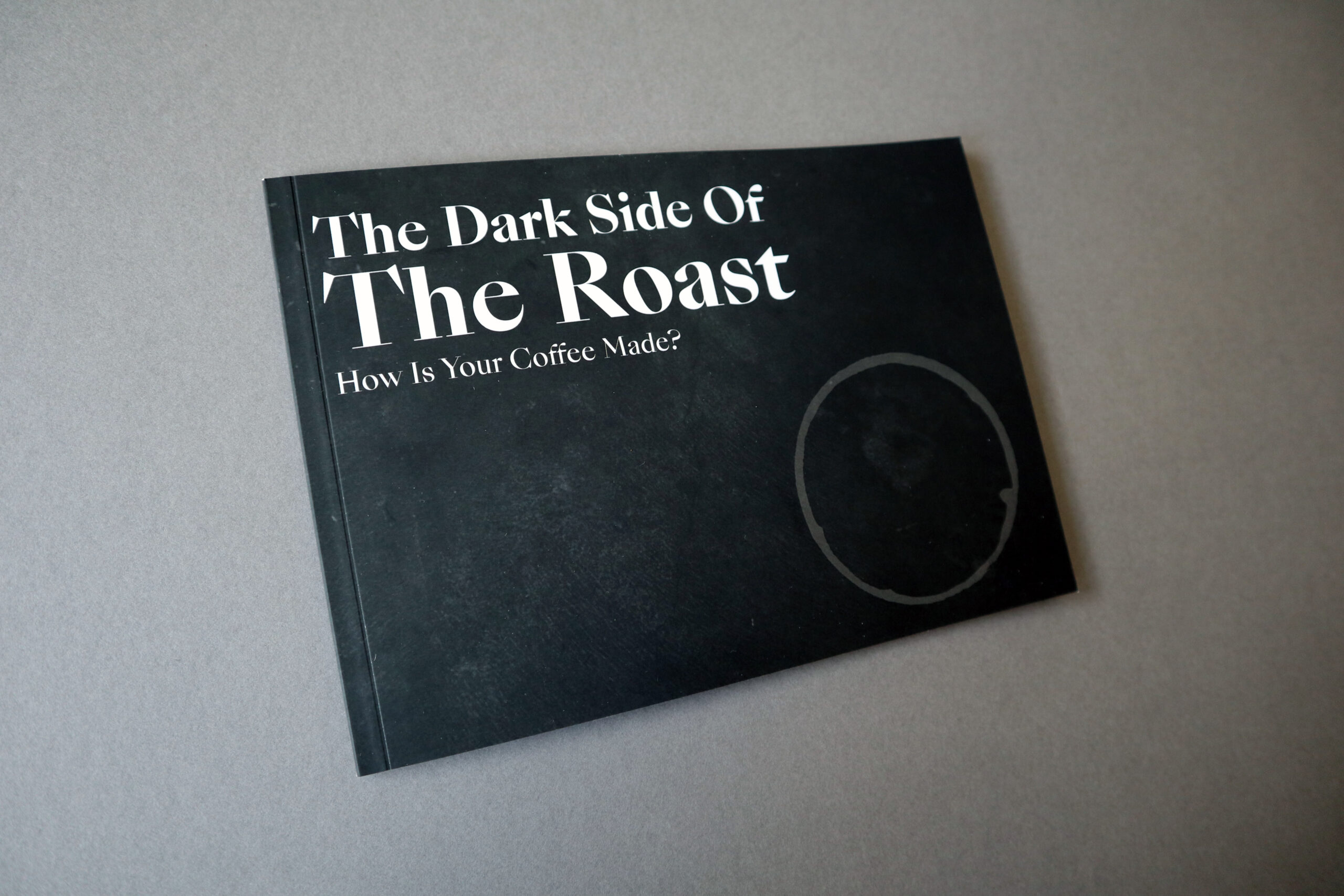 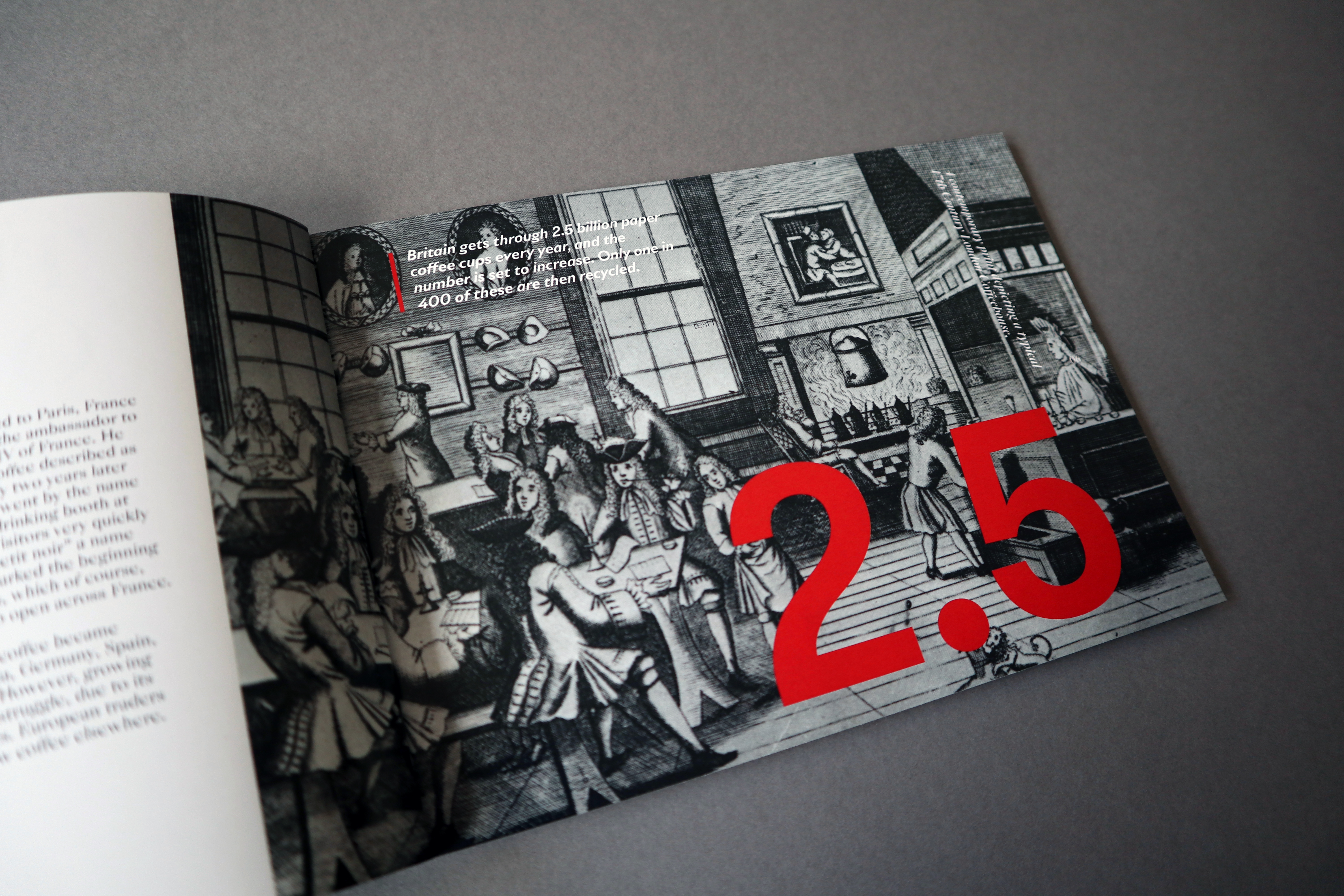 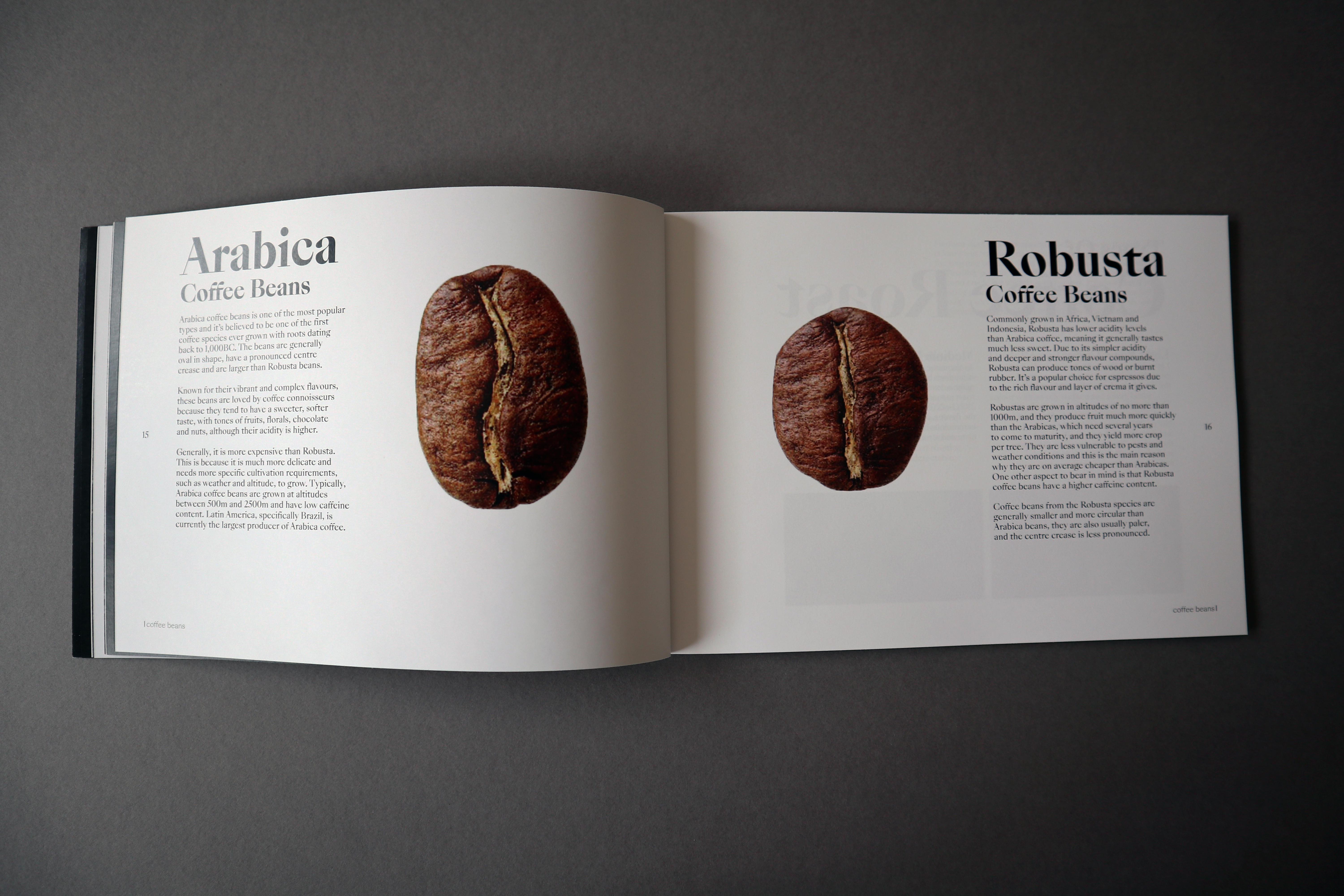 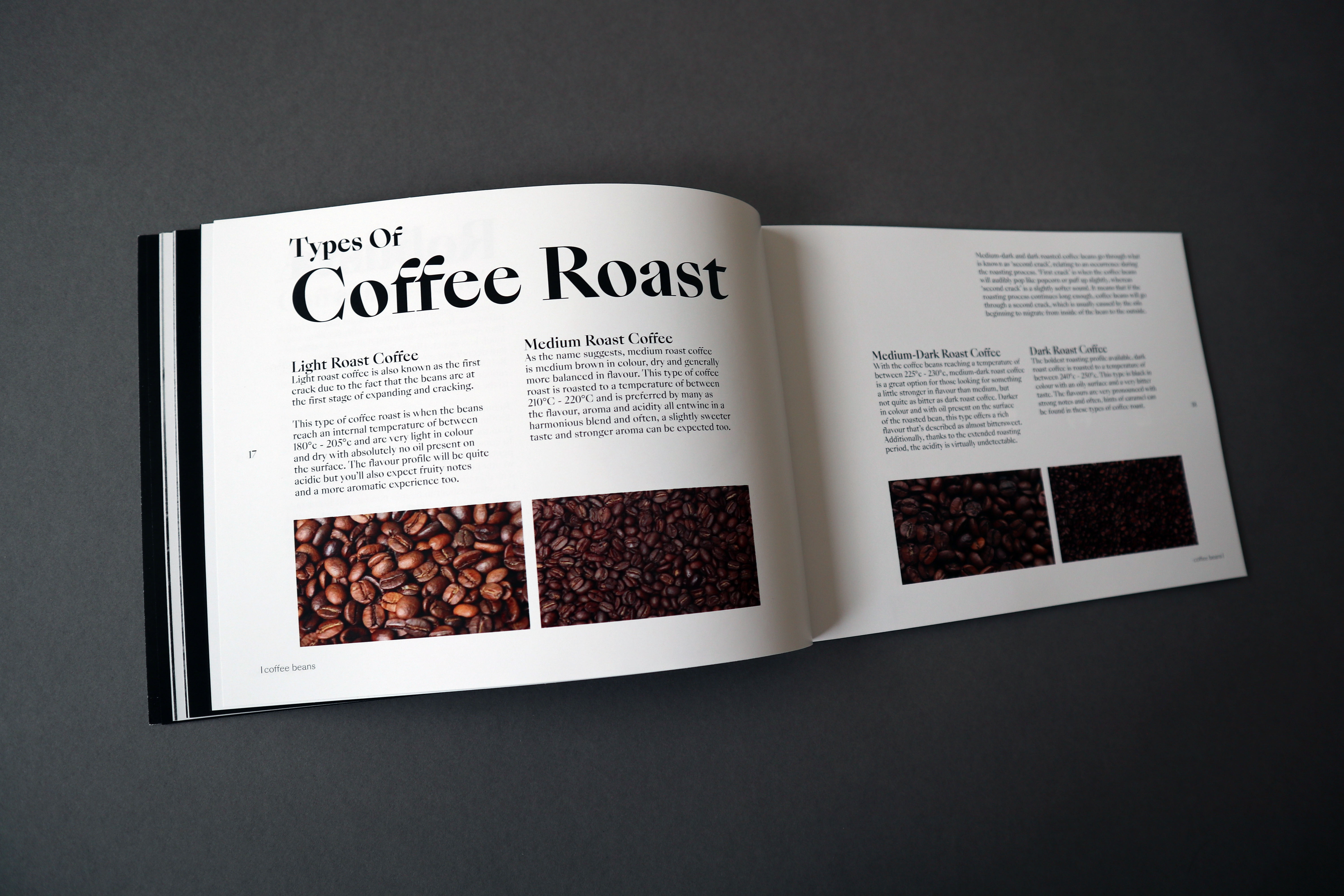 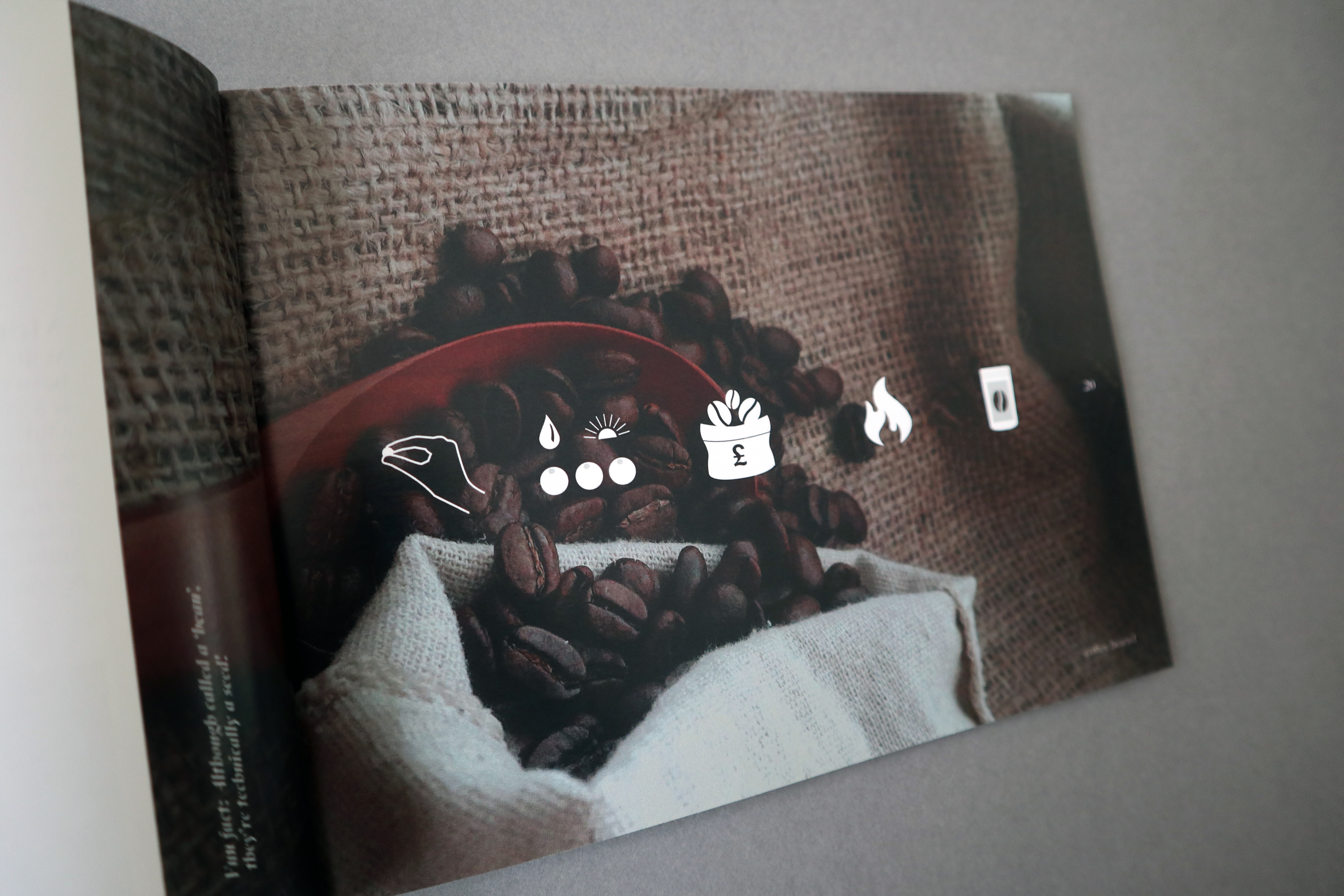 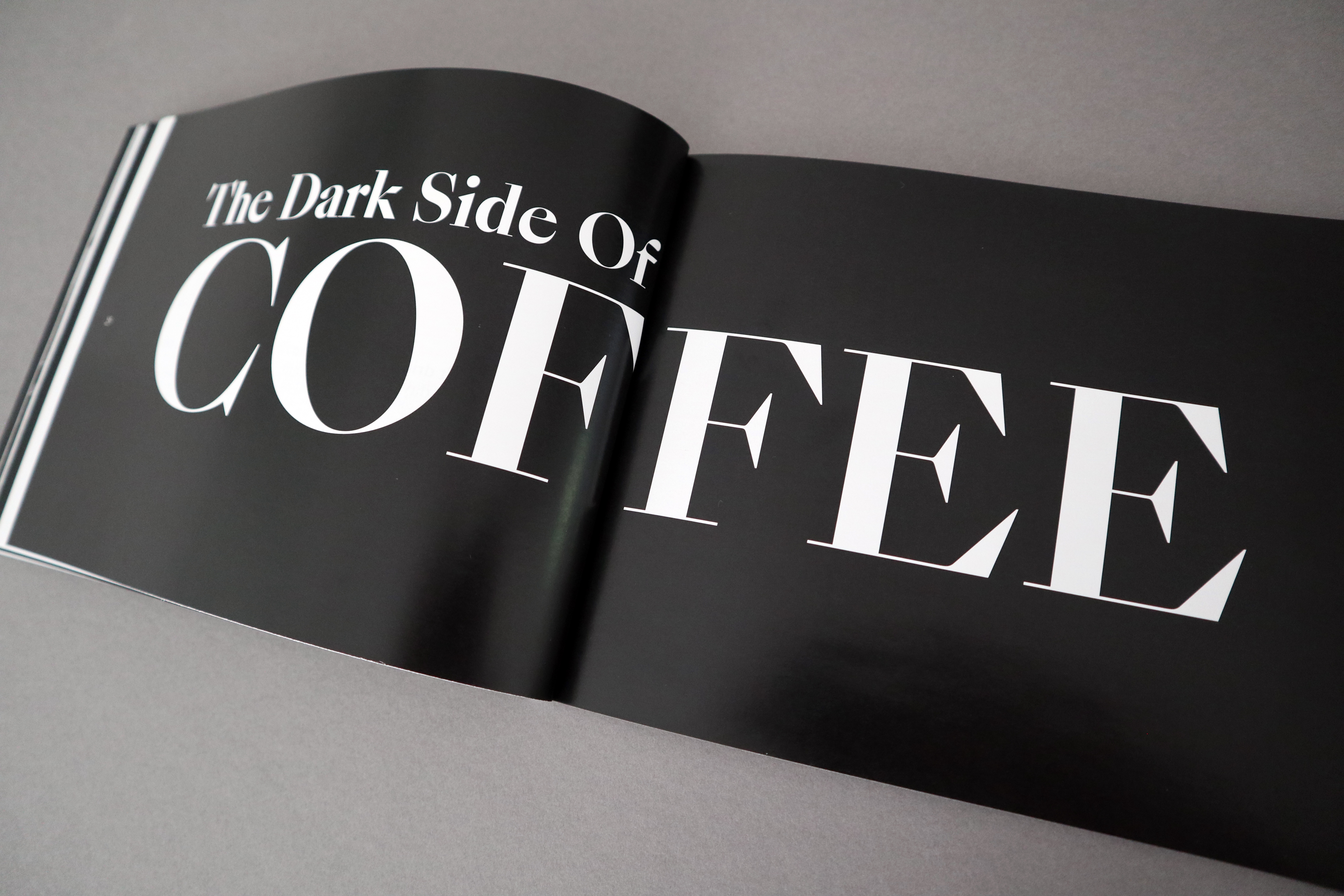 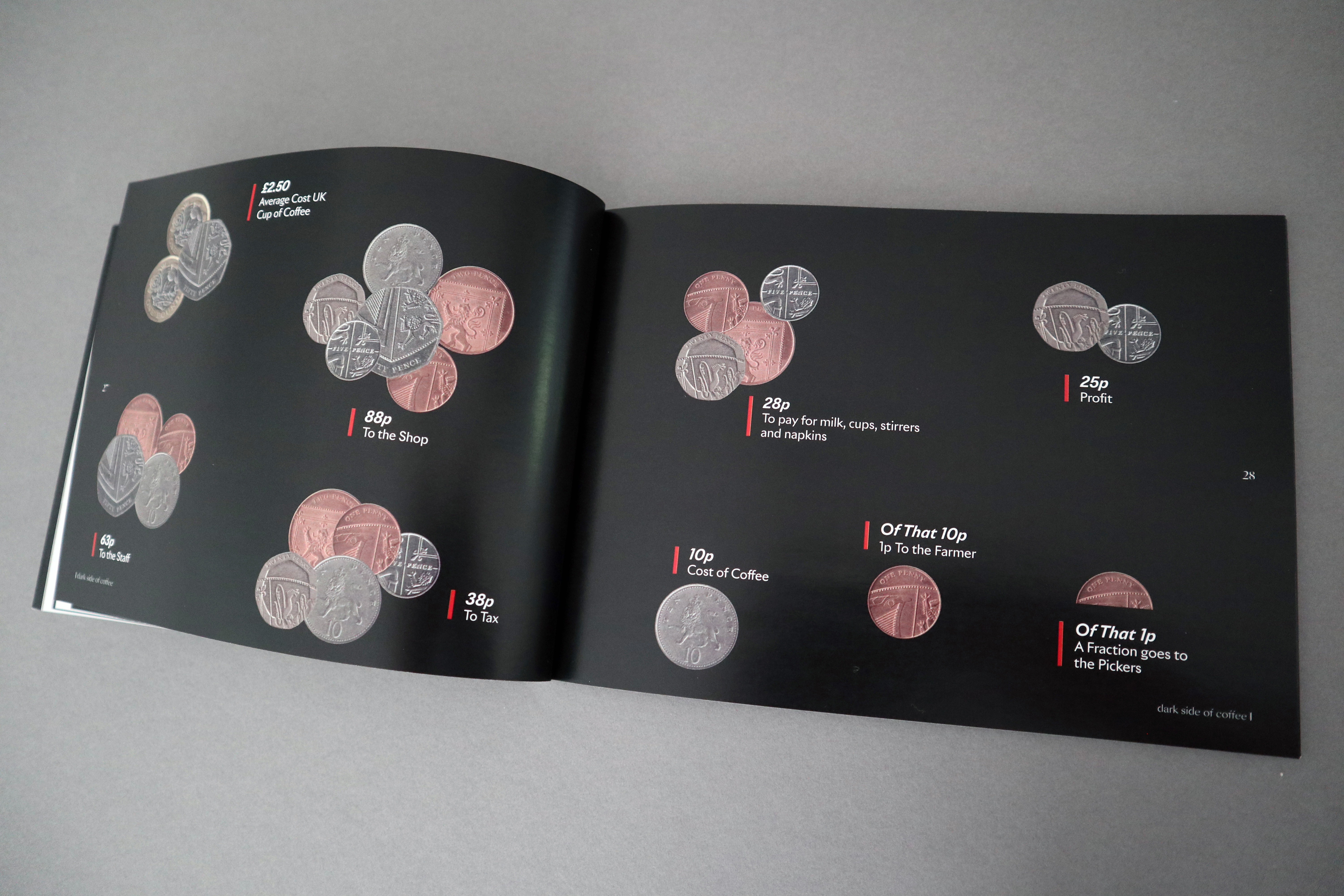 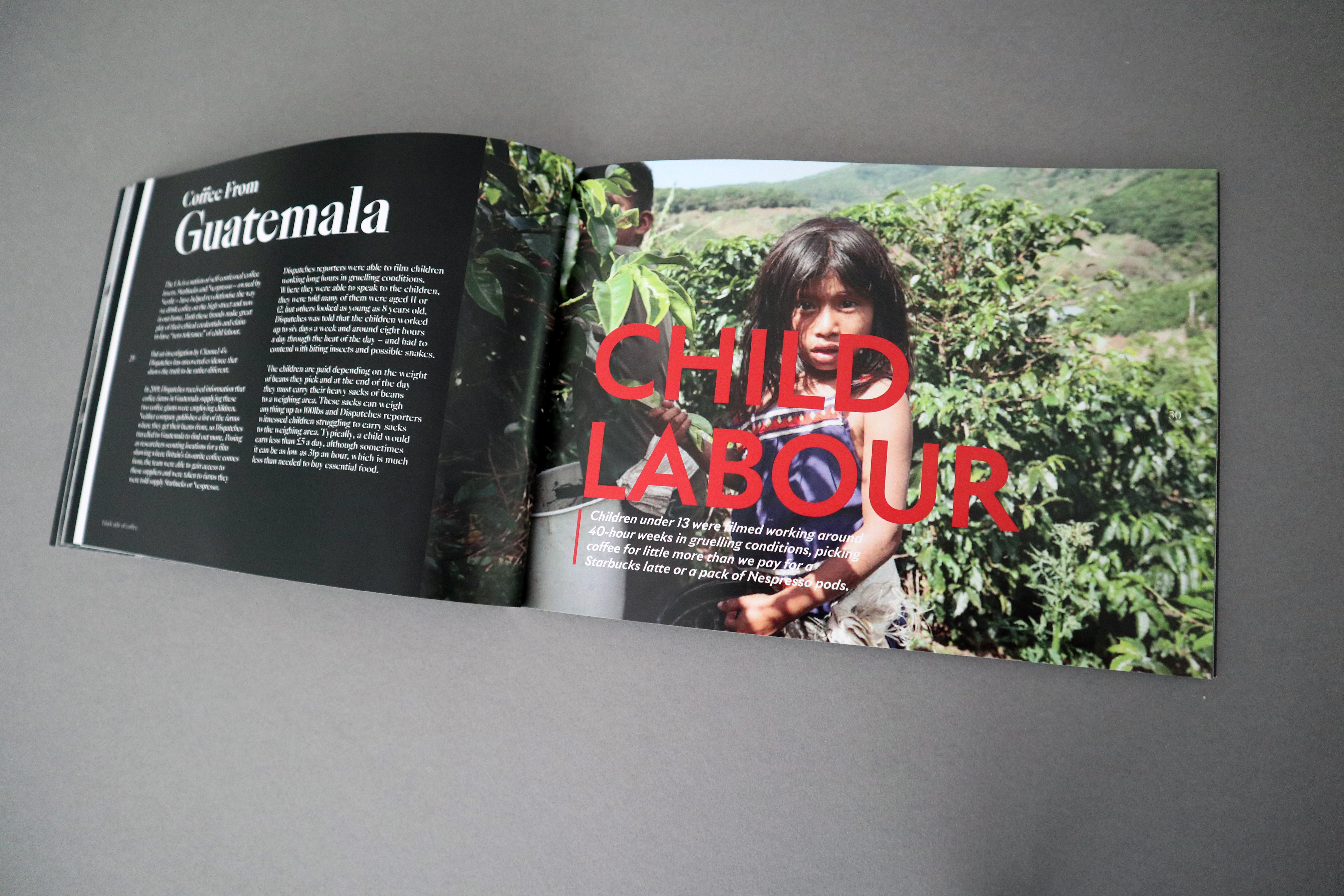 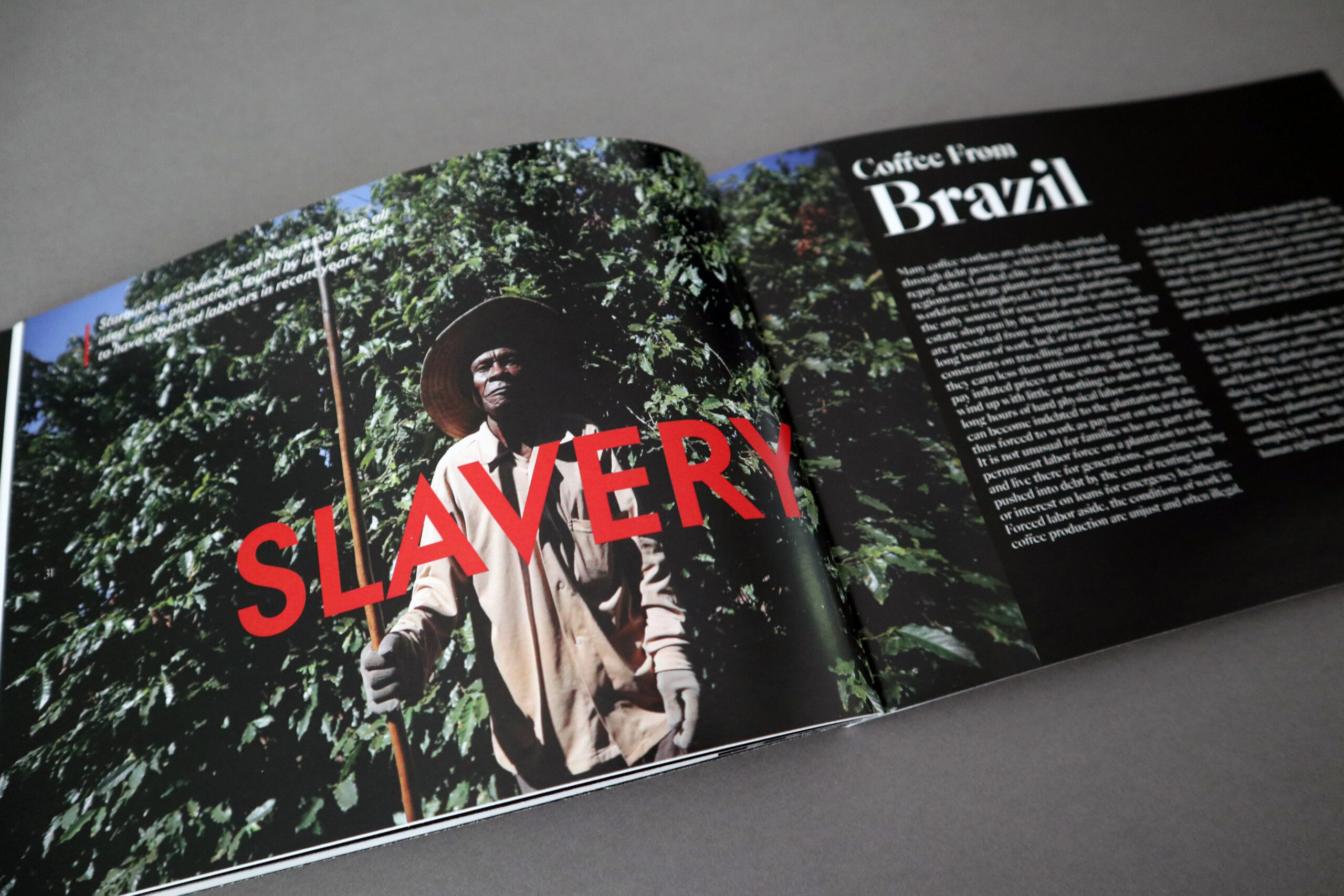 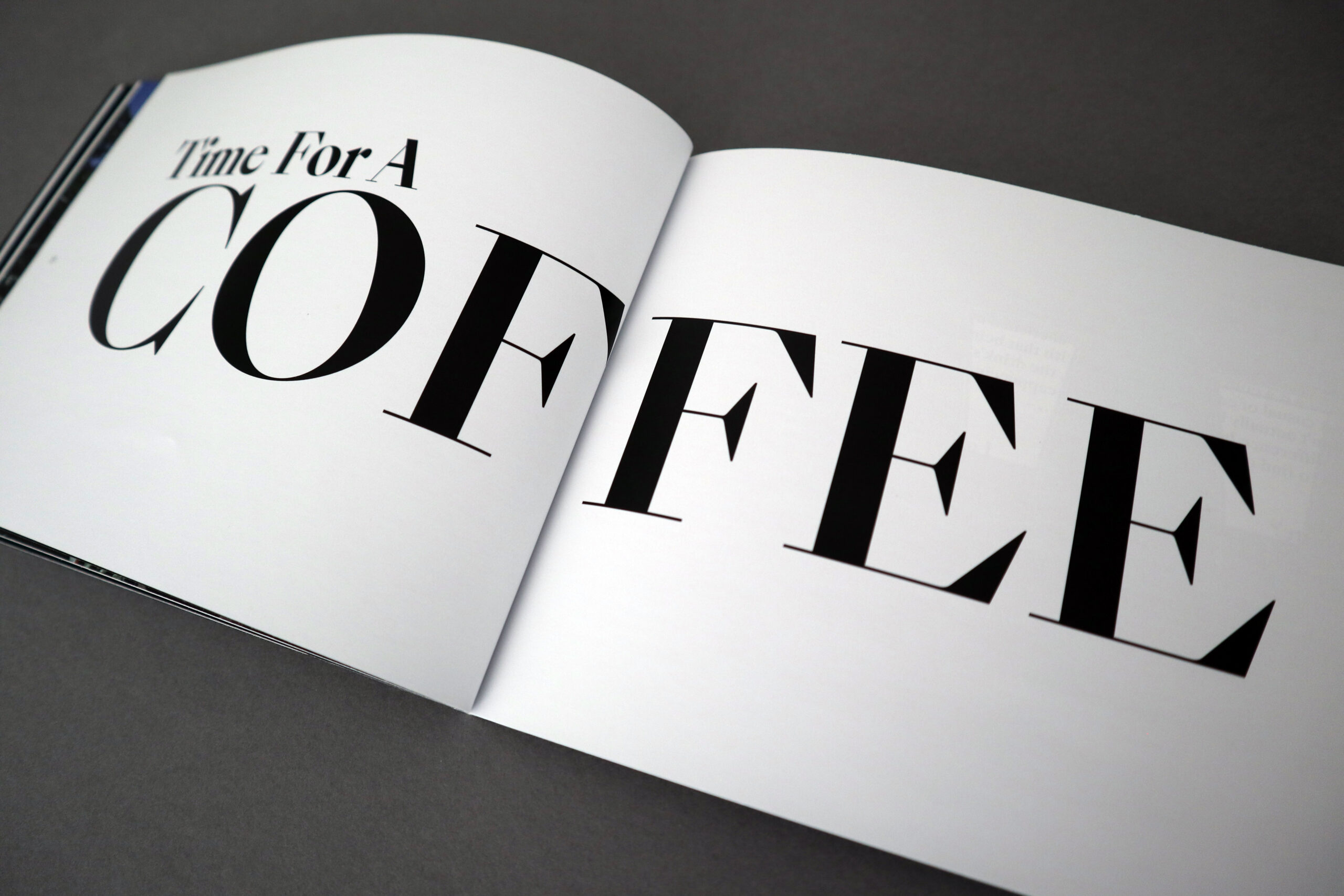 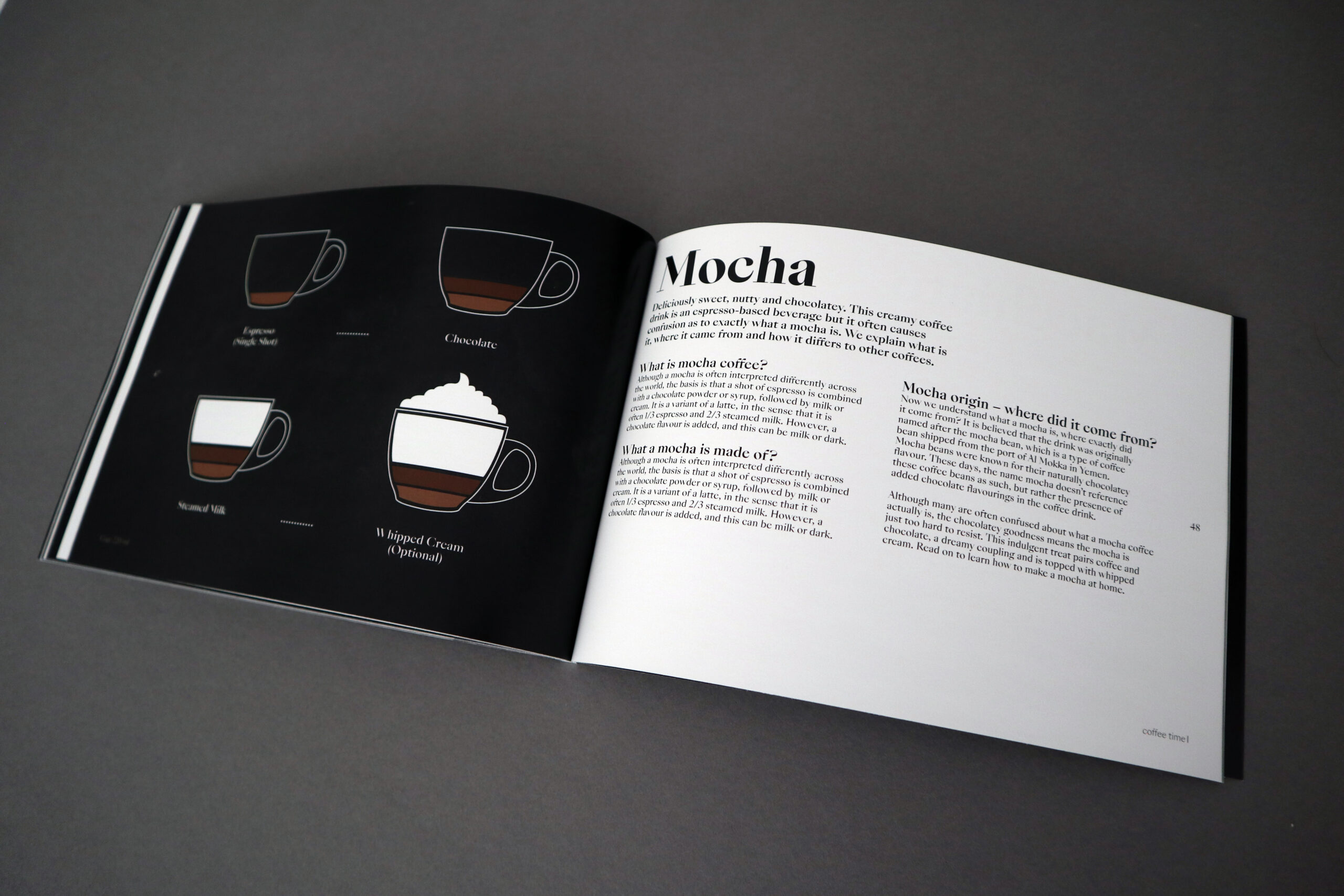 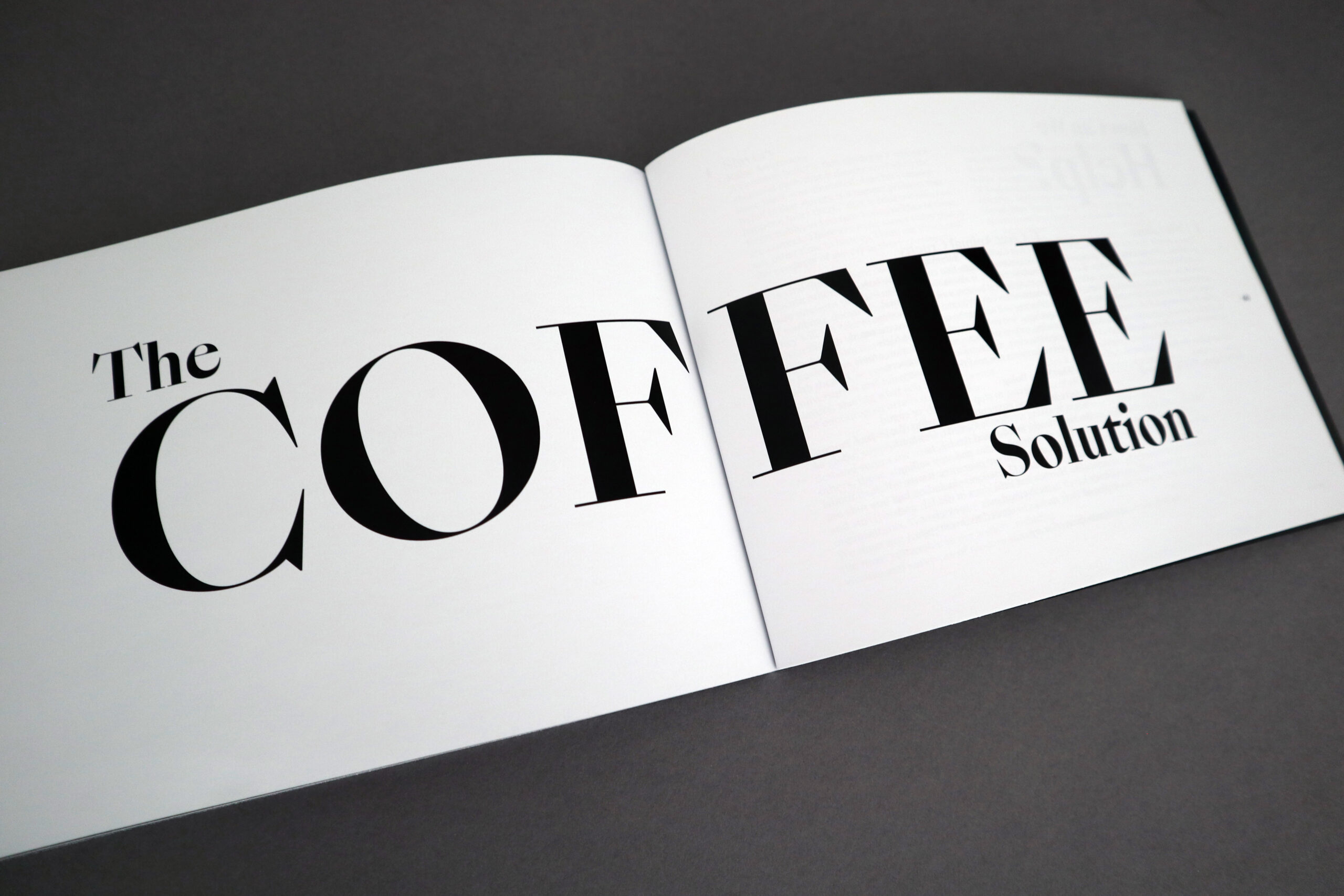 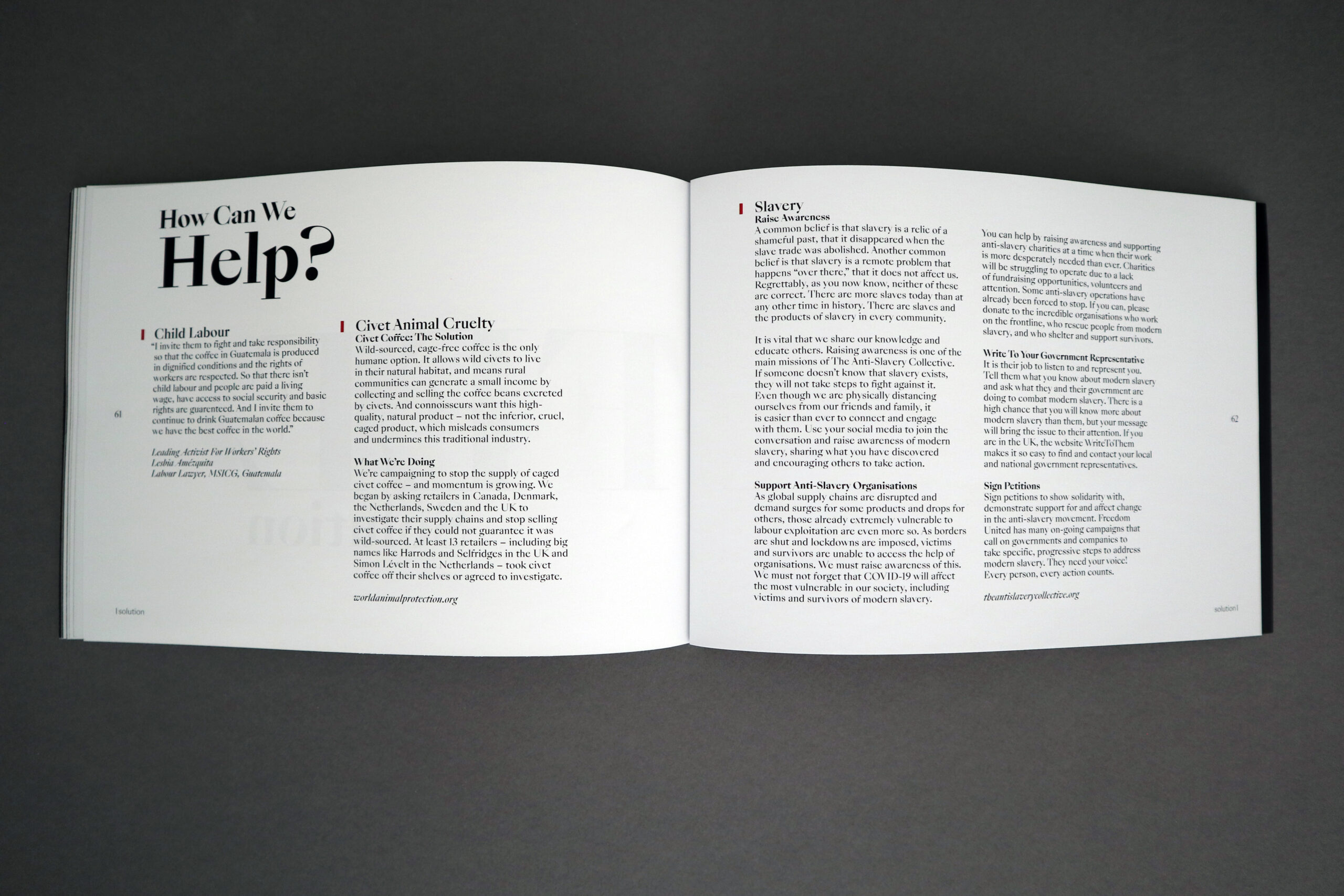 This is sample text.