The graphic design from the Space Race captured the intense rivalry between the two global powers, but also the excitement and hope felt by both sides. The Space Race created a unique microcosm of design, where the two competitors in the race were both striving for the exact same goal yet were both driven by opposing ideologies. Examining the space graphics of this period gives an important perspective on the influence of different political powers on design created with ultimately the same function in the two countries.

The design of the book was inspired by both US and Soviet design trends of the era: drawing inspiration from the 1976 NASA brand guidelines and a mid-century, Soviet aerospace publication. 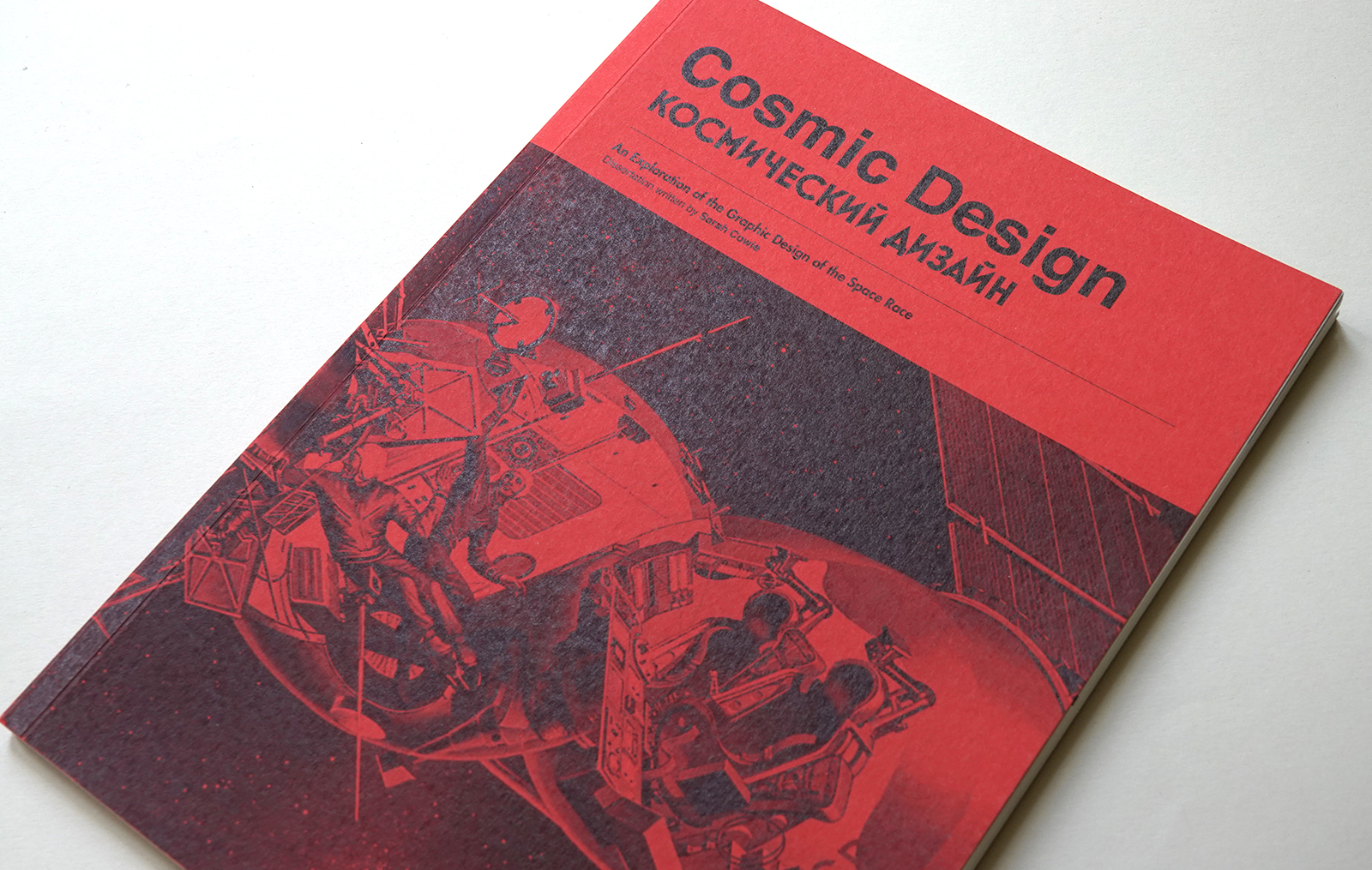 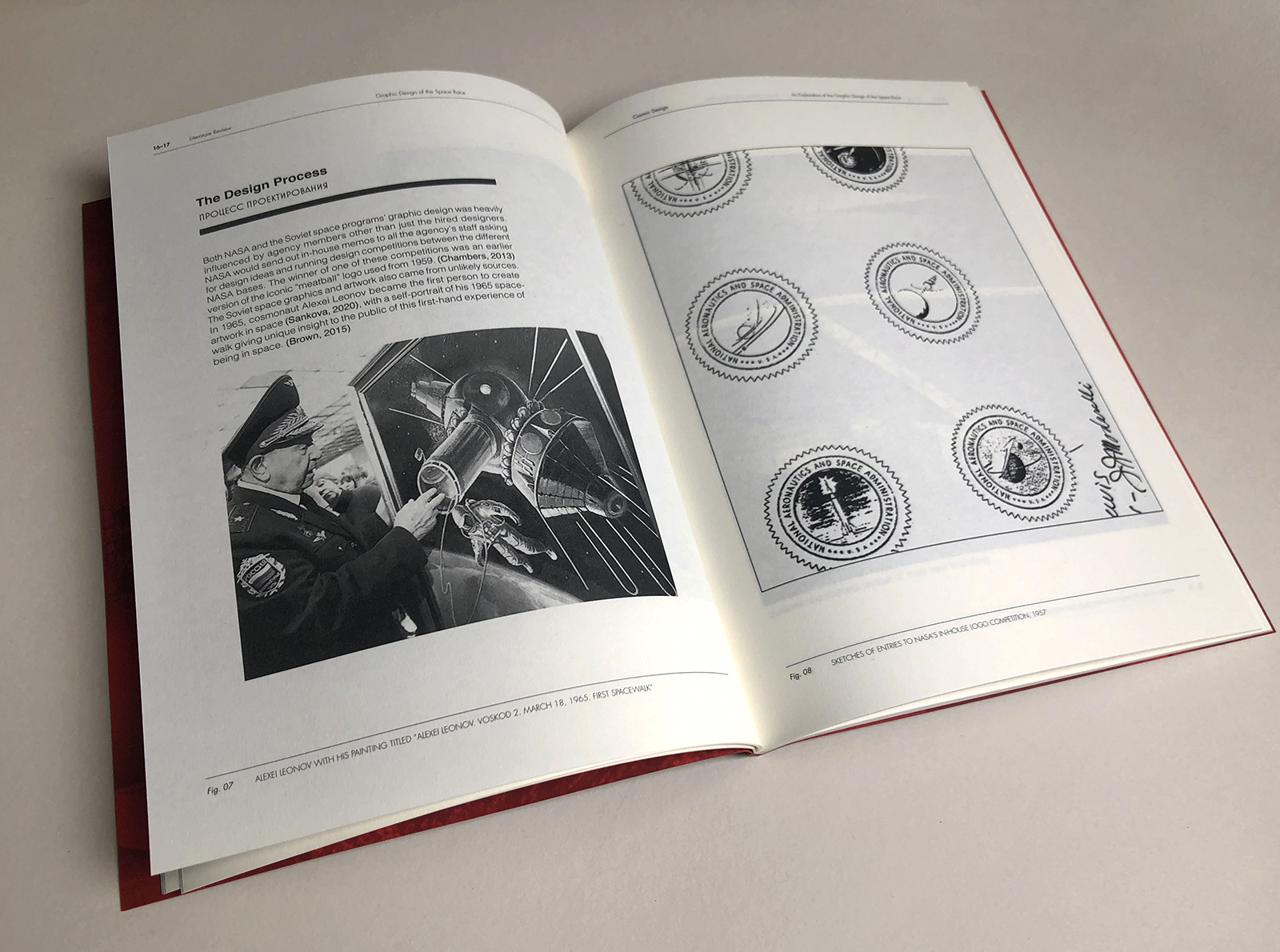 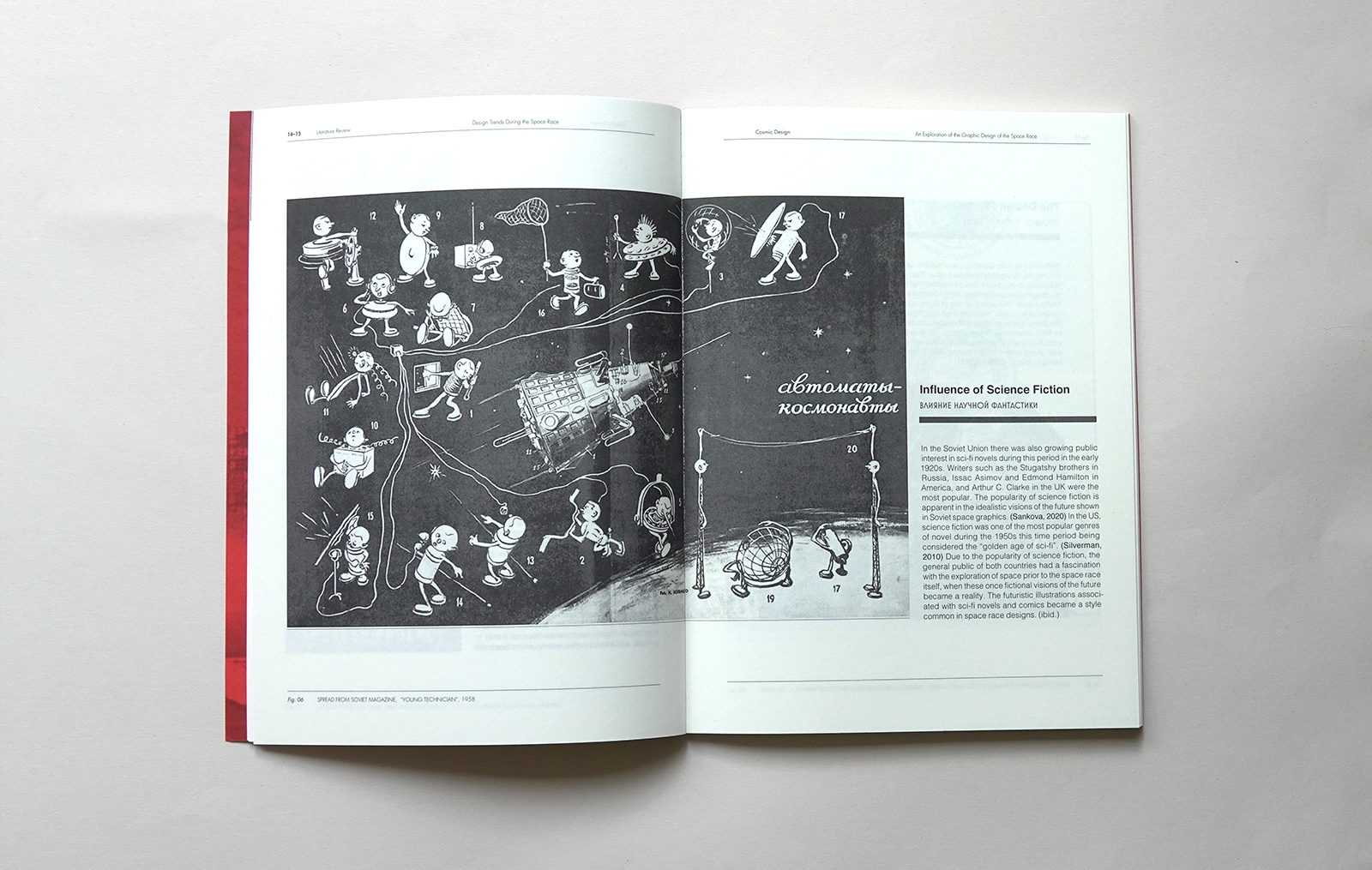 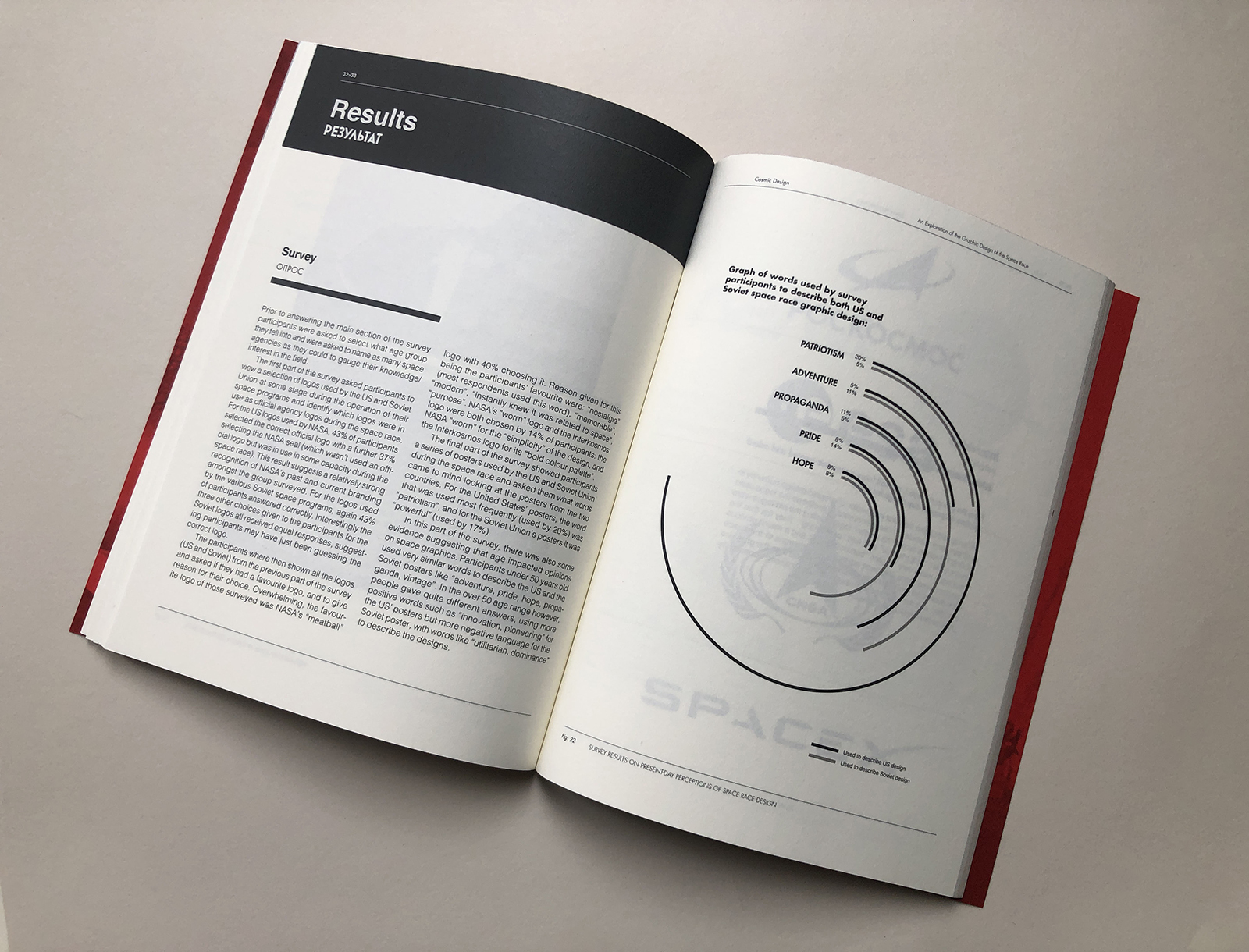 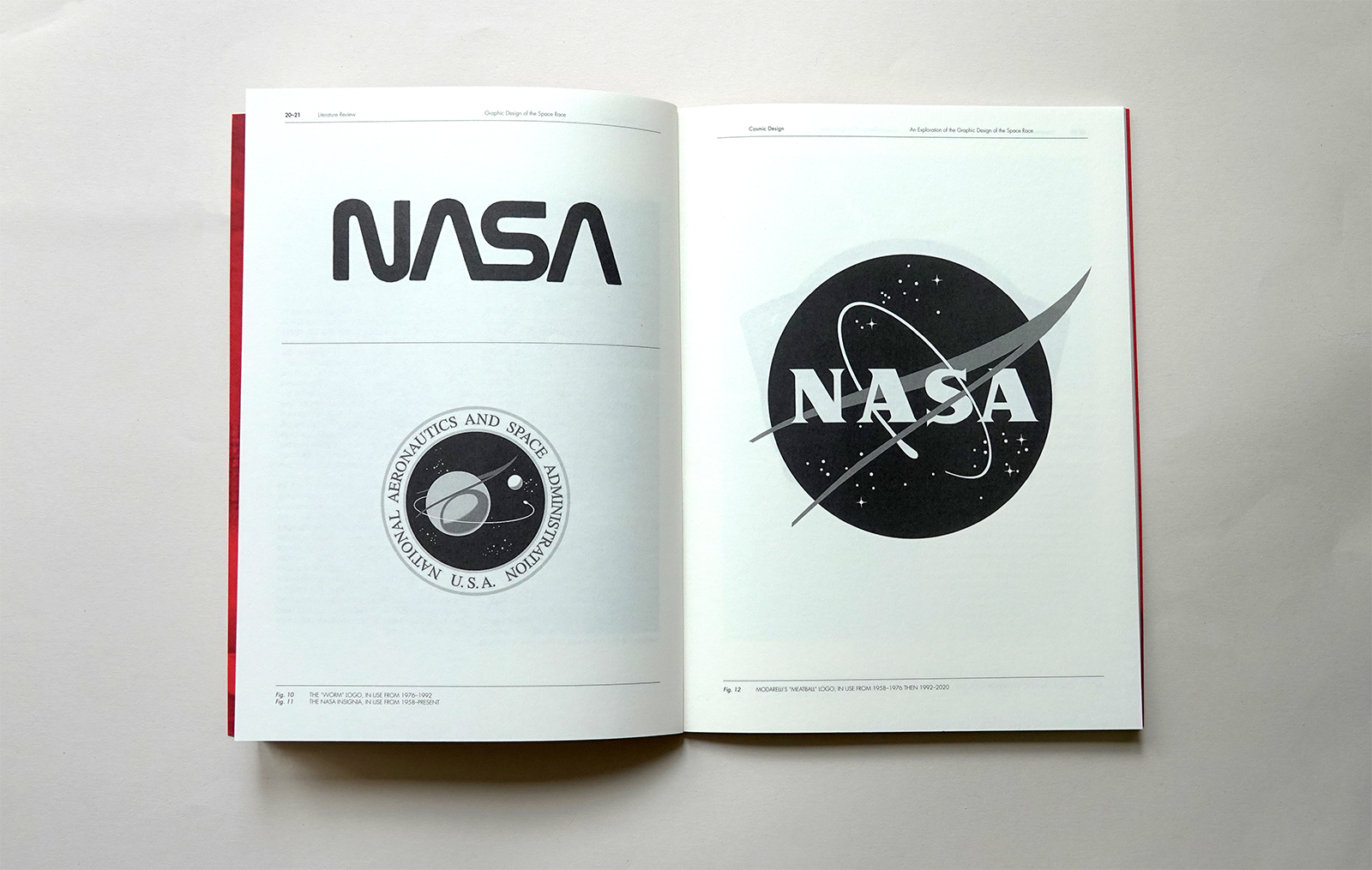