For this project, I had to create a campaign against the deforestation taking place in the Amazon rainforest. As part of the campaign, I had to also choose an endangered species from the Amazon as a mascot to represent the cause (I chose the poisonous dart frog)

I named my campaign ‘Consuming the Amazon’ as most of the Amazon’s deforestation is a result of illegal cattle farming and most consumerism. The design is inspired by bar codes and labels we see on food from markets. The booklet is a series of infographic records on the condition of the rainforest, the threats and what we can do to help it. Different colours evoke different emotions, which is why every chapter’s colour palette is different to suit the narrative. The illustration is bright with organic shapes inspired by the patterns of the poisonous dart frog. To promote the campaign, I chose to make tote bags as it relates to the concept of consumerism and could encourage people to shop ethically. 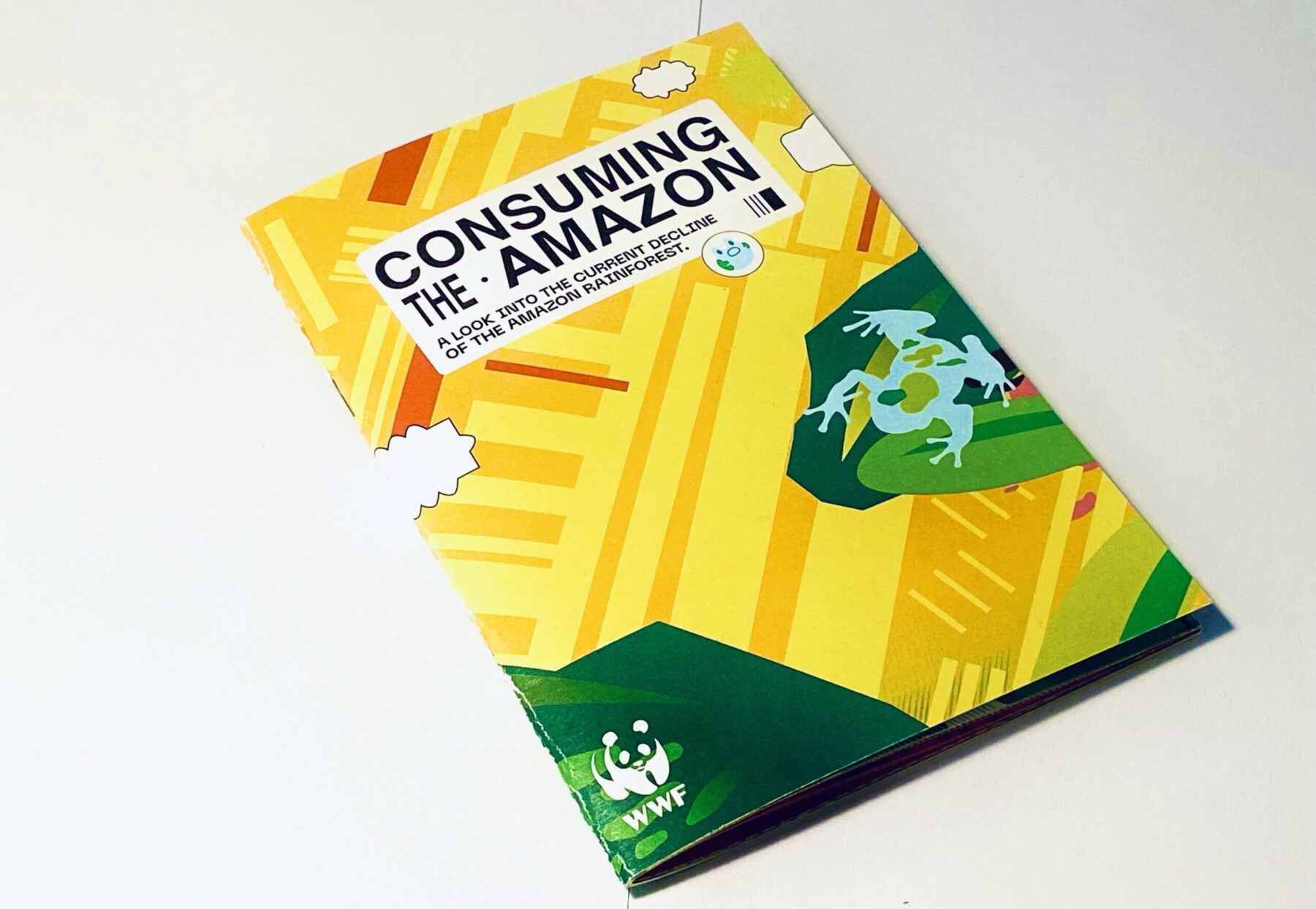 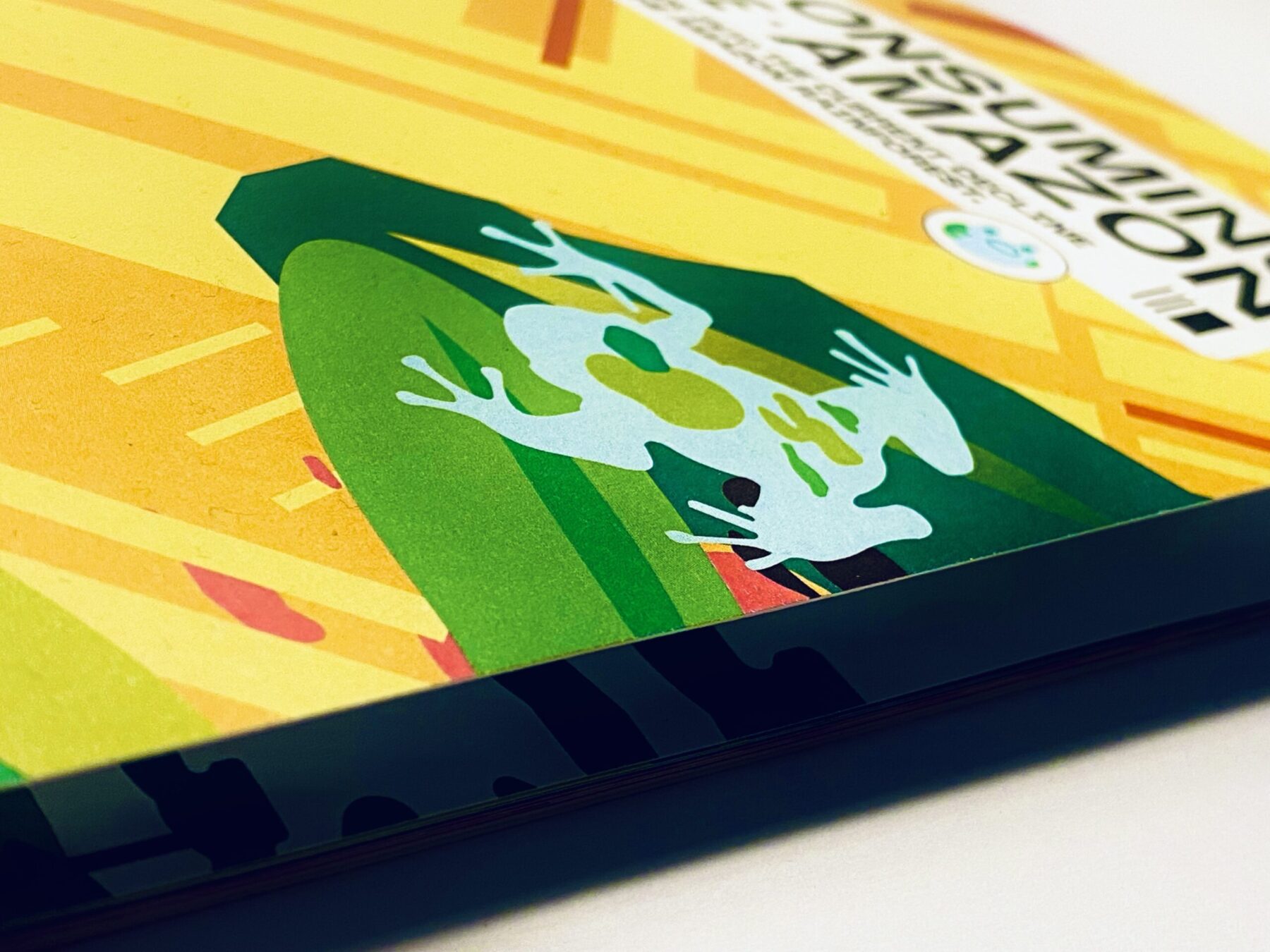 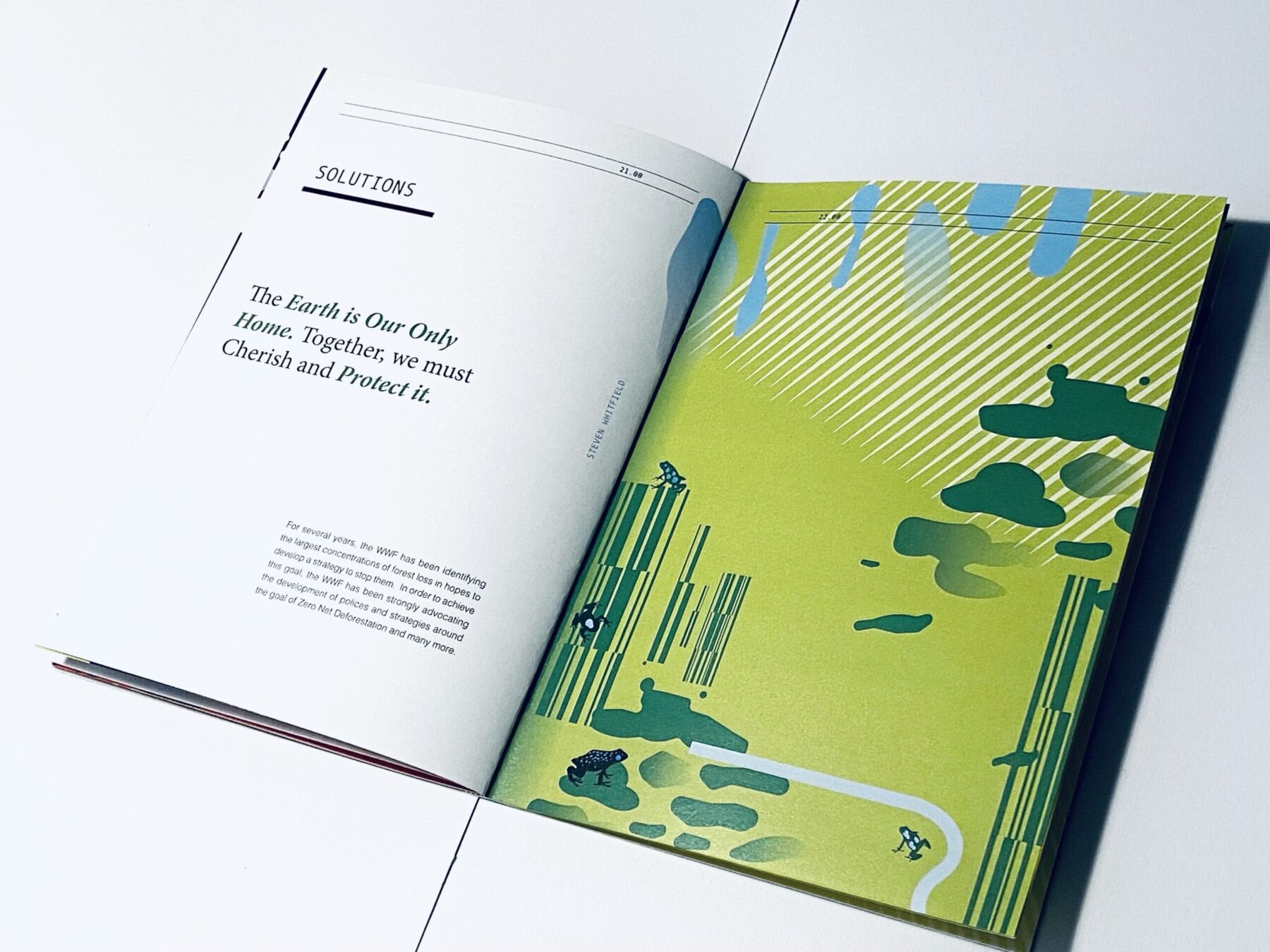 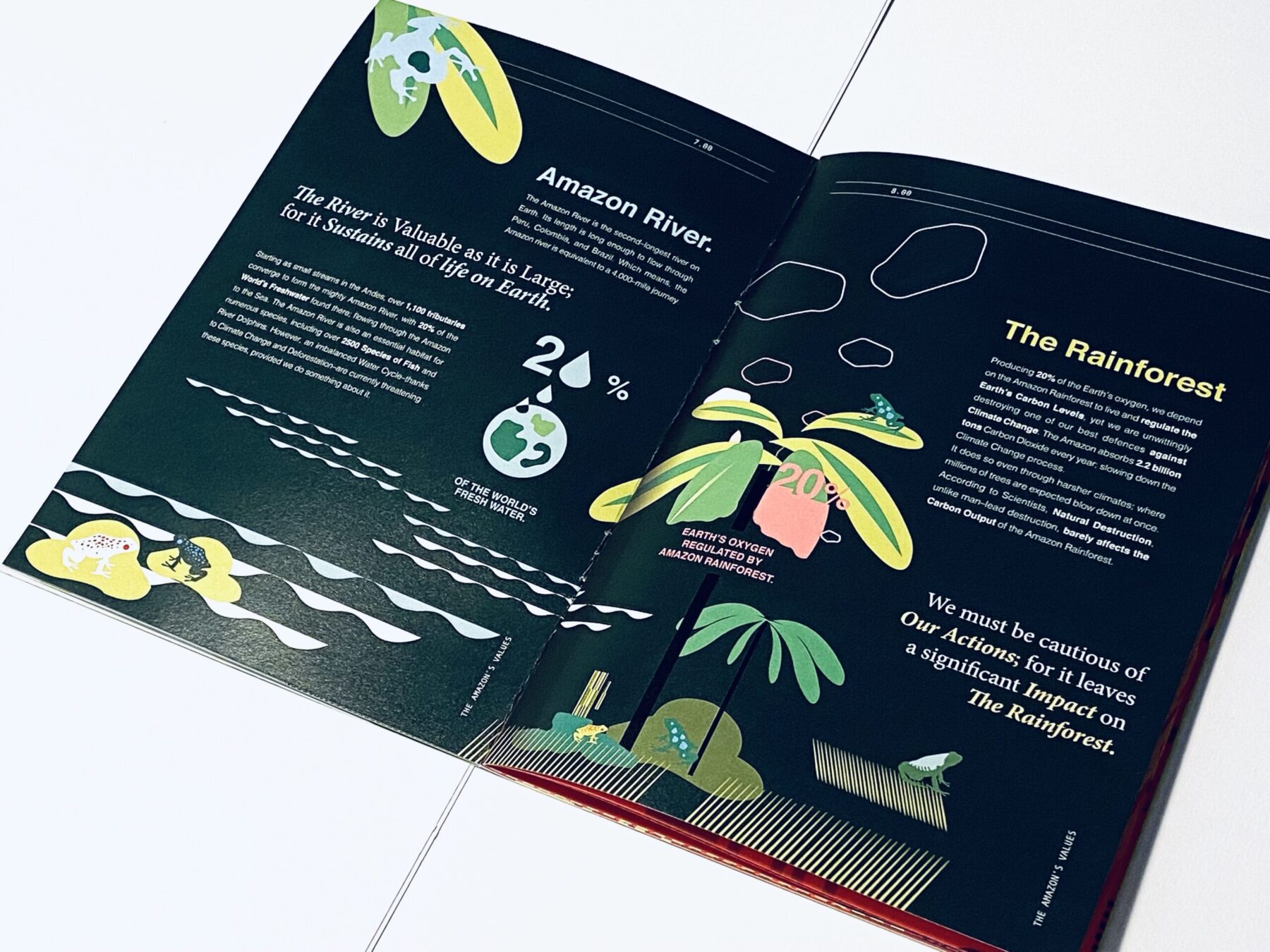 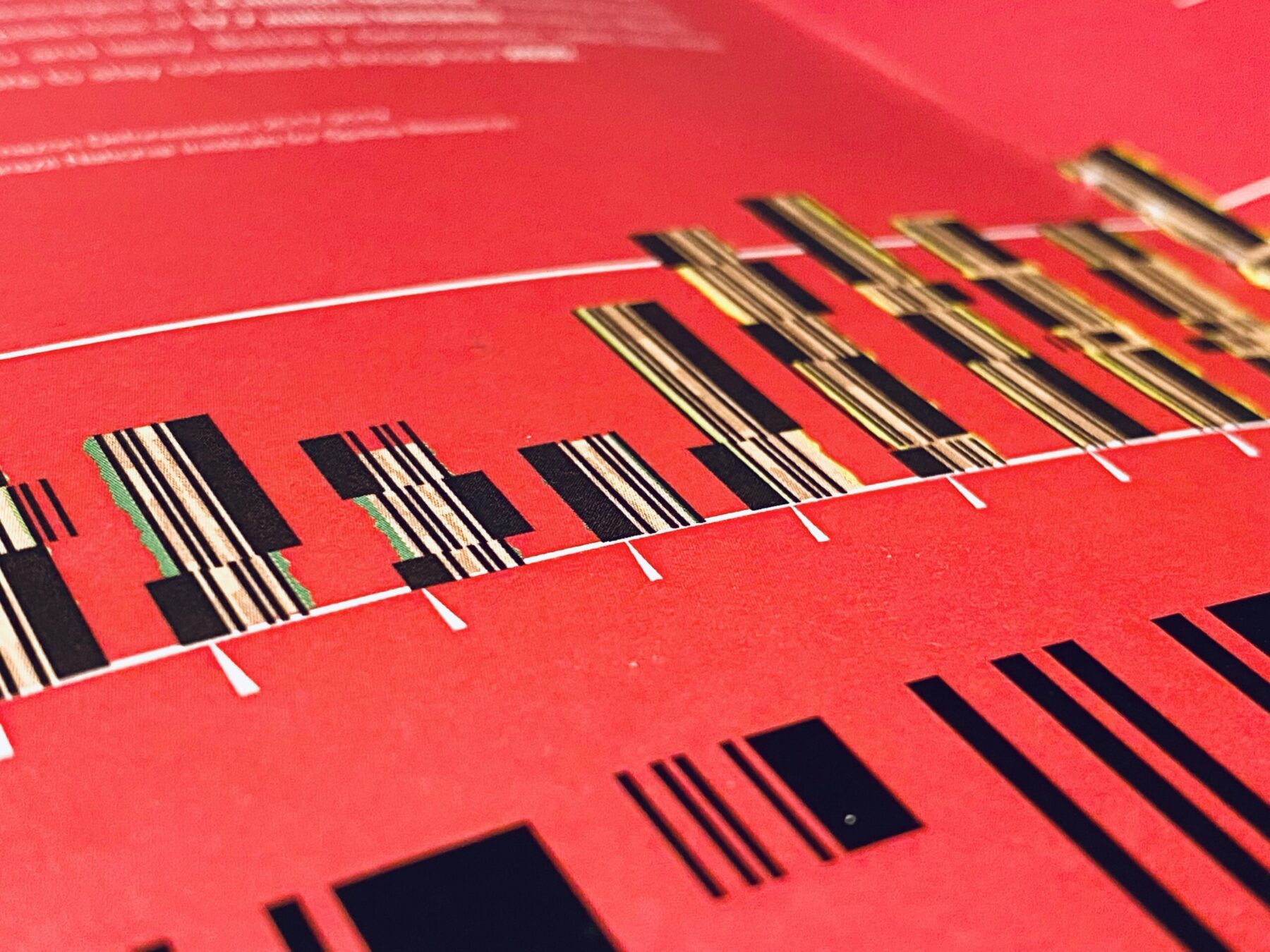 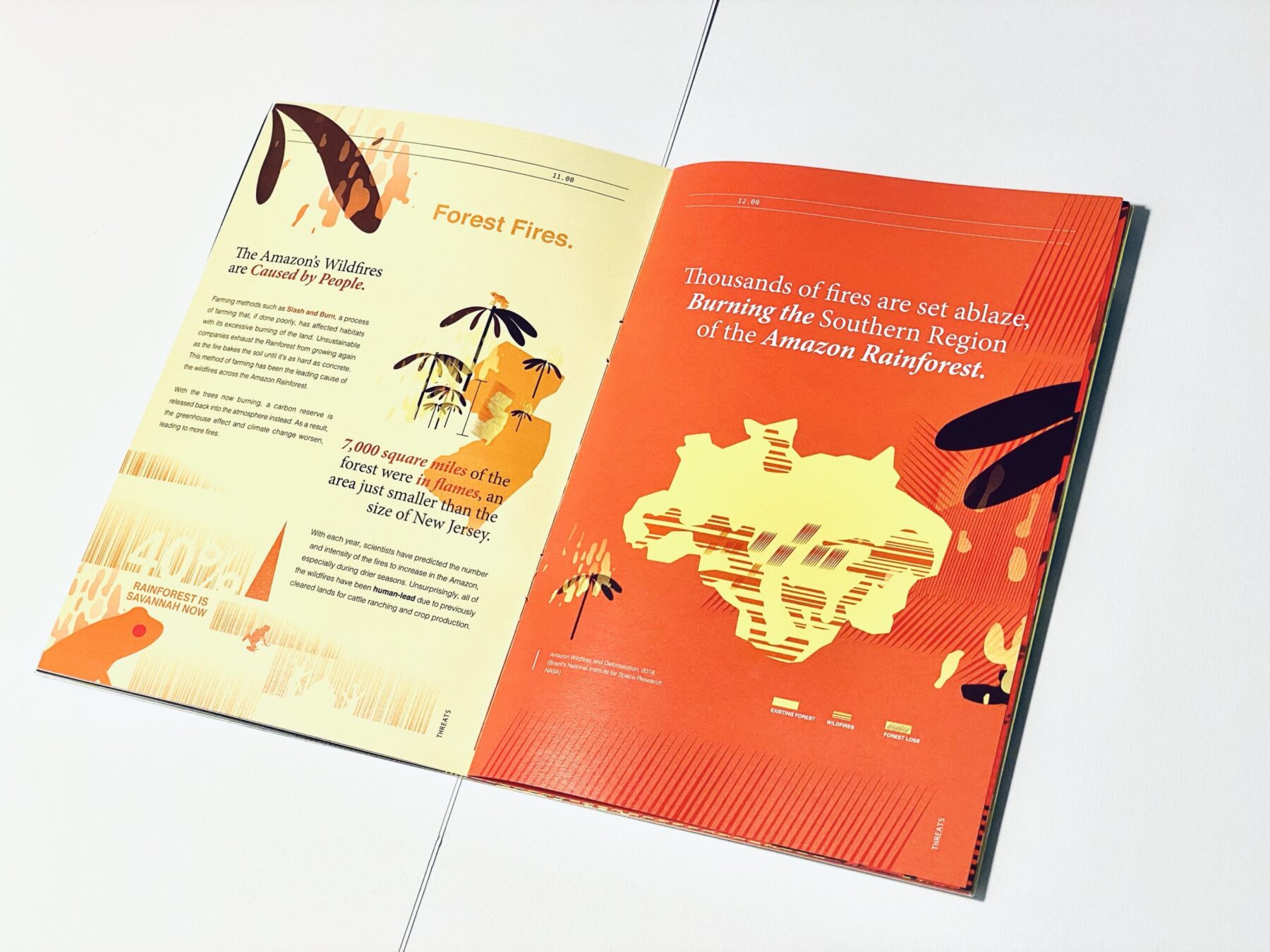 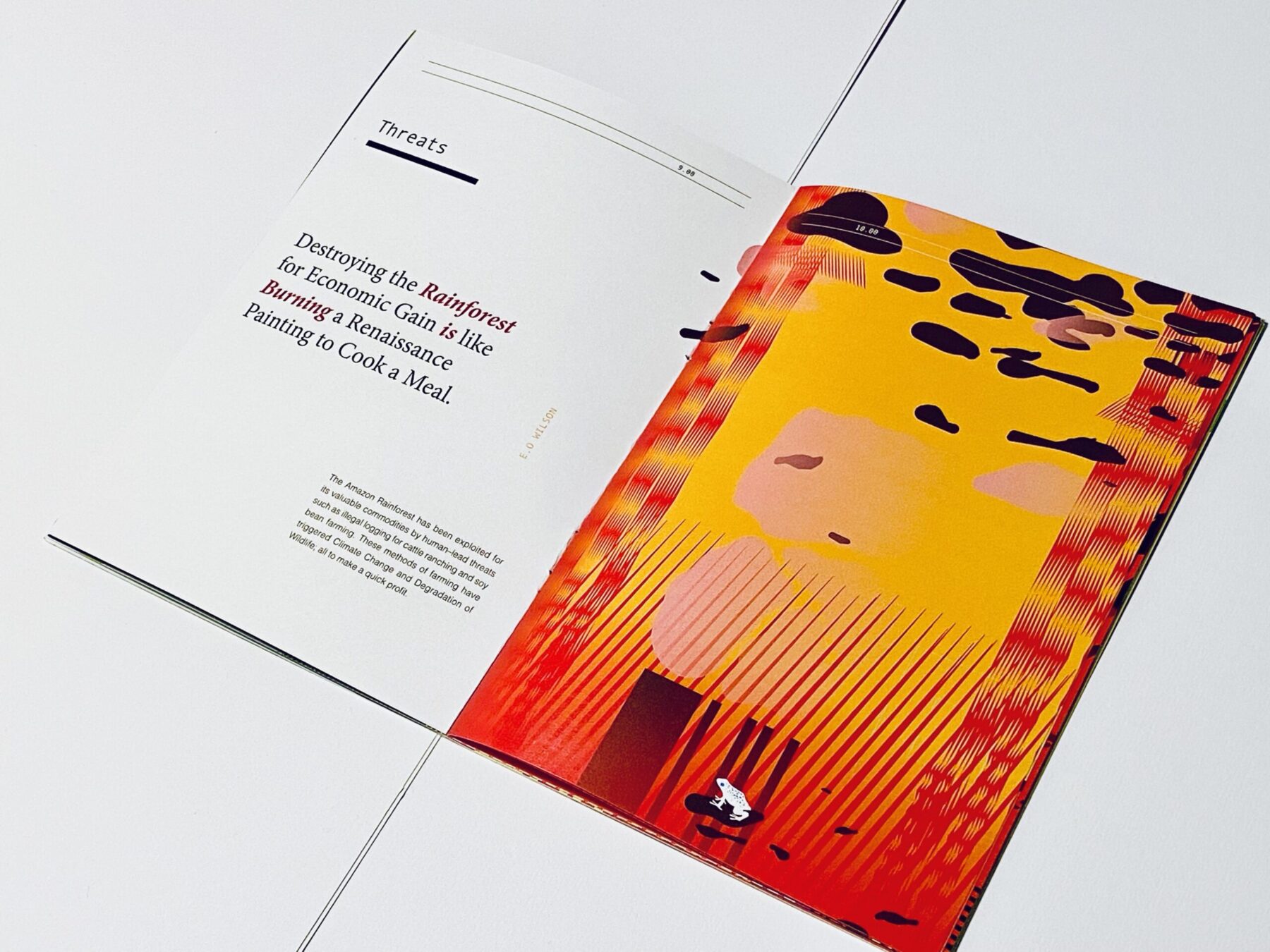 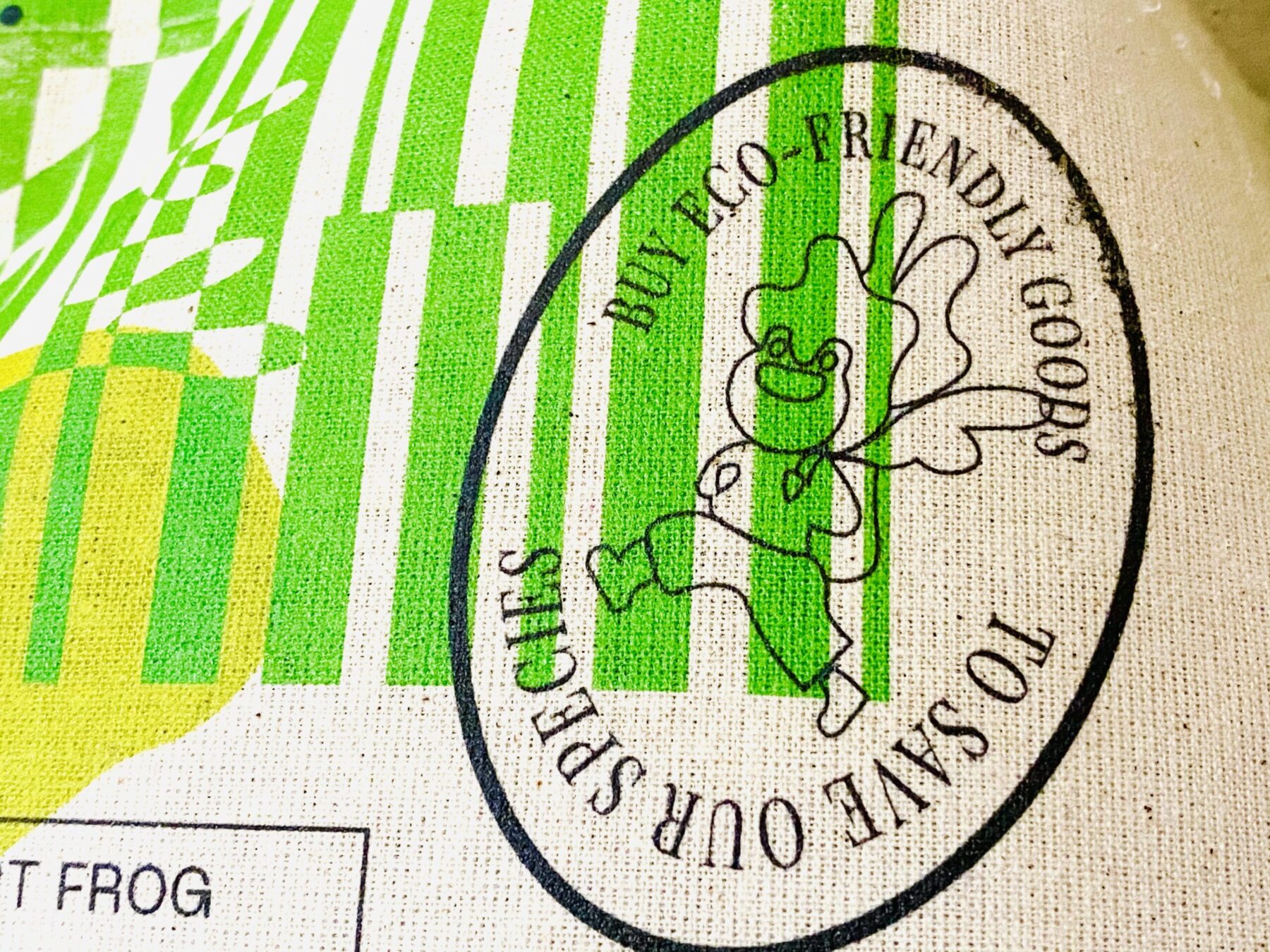