Behind the Silver Screen

This project was to design a typographic work that celebrates the world of silent cinema, that may be a broad spectrum of work or a focus on a certain aspect of the medium.

It takes a behind the scenes look at the world of silent cinema, detailing some of the lesser known methods that went in to the making of the films. Many filming techniques that were used in the silent era, such as double exposure and split screen filming are still used in present day. The book itself acts as a flipbook showing a traditional 16 fps (frames per second) animation that acts as an intermission between the books chapters. This idea was inspired by early cinema animation techniques such as the kinetoscope.

This project was submitted to ISTD for the brief Silence is Golden. 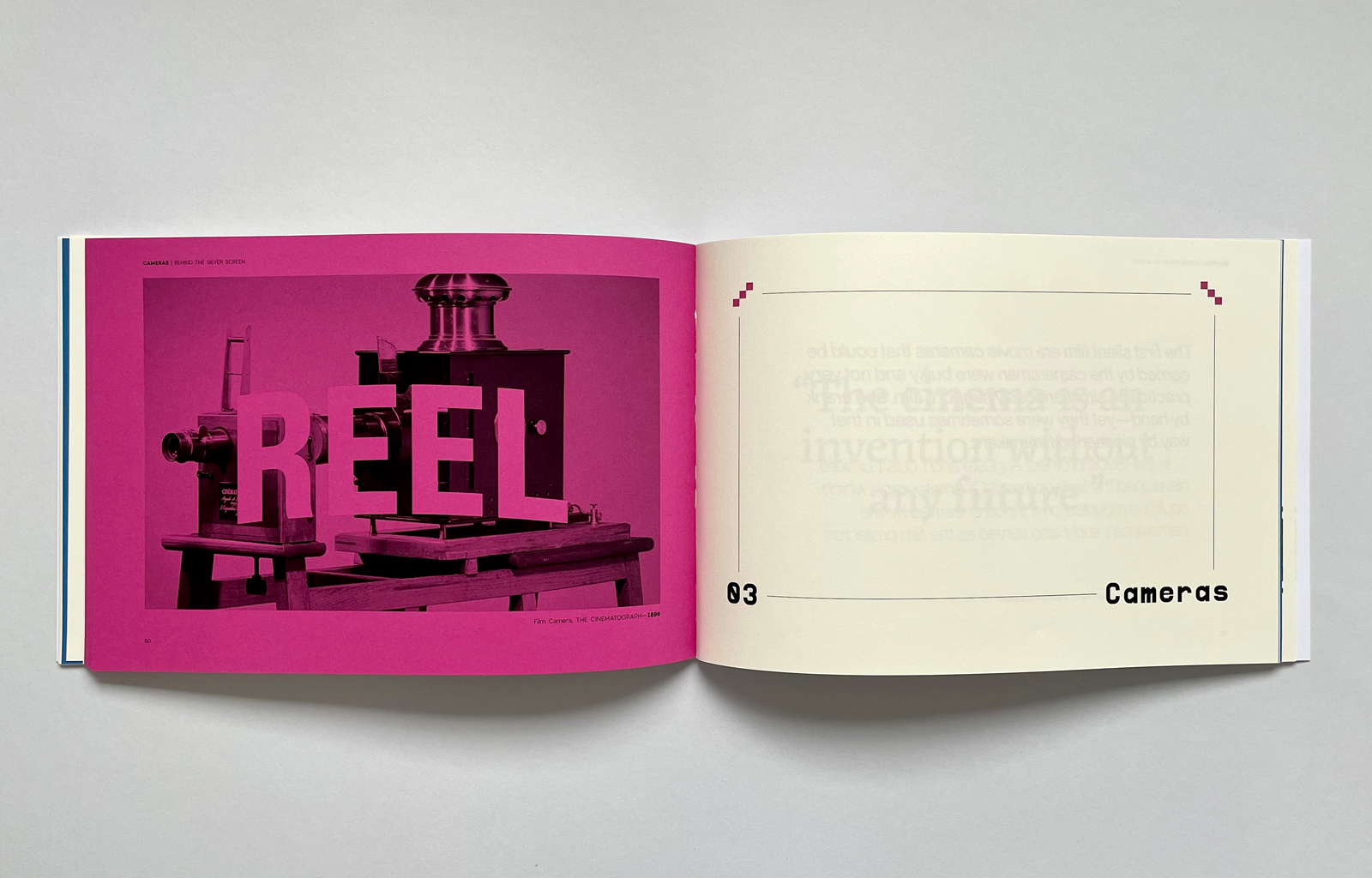 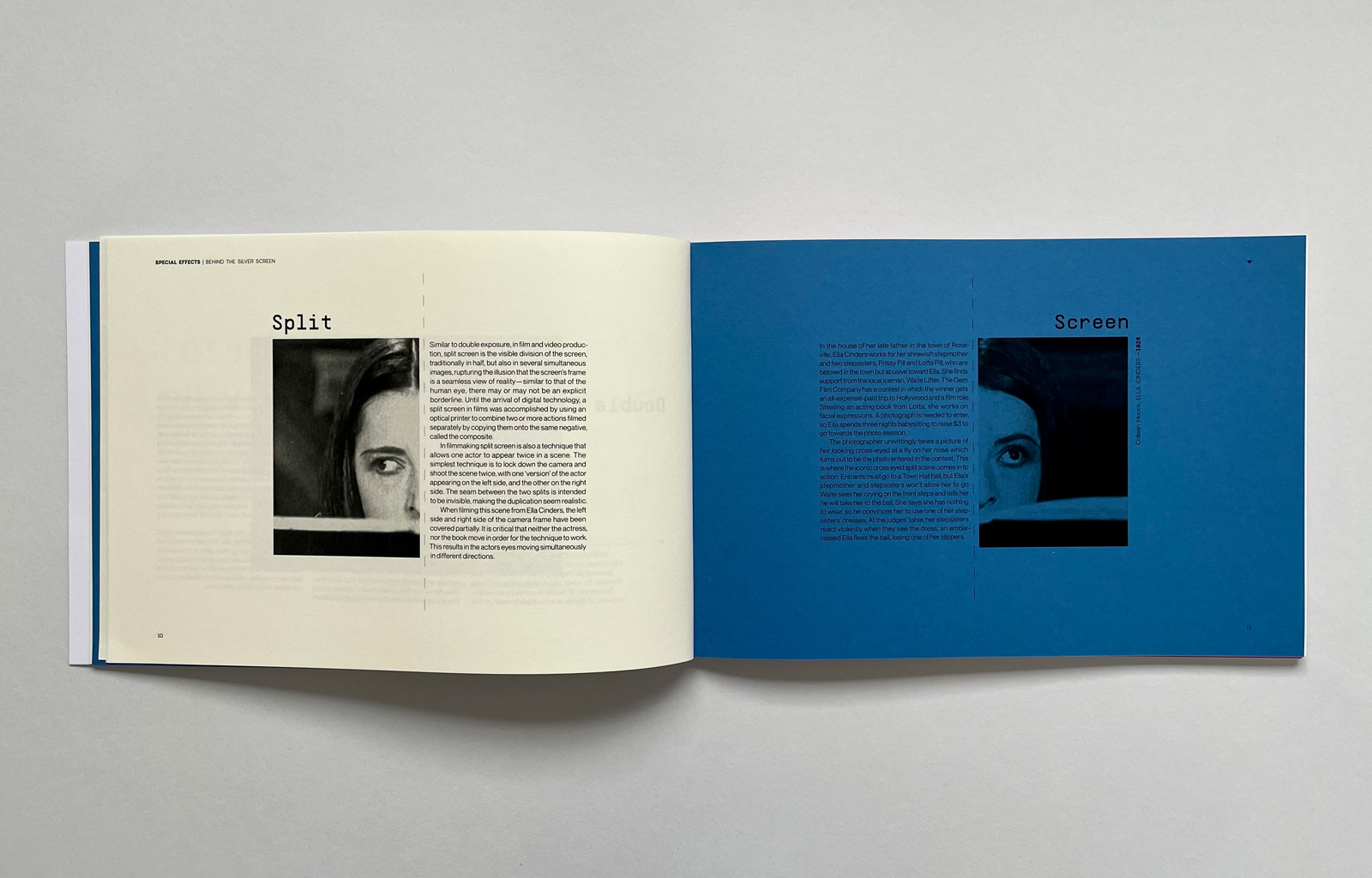 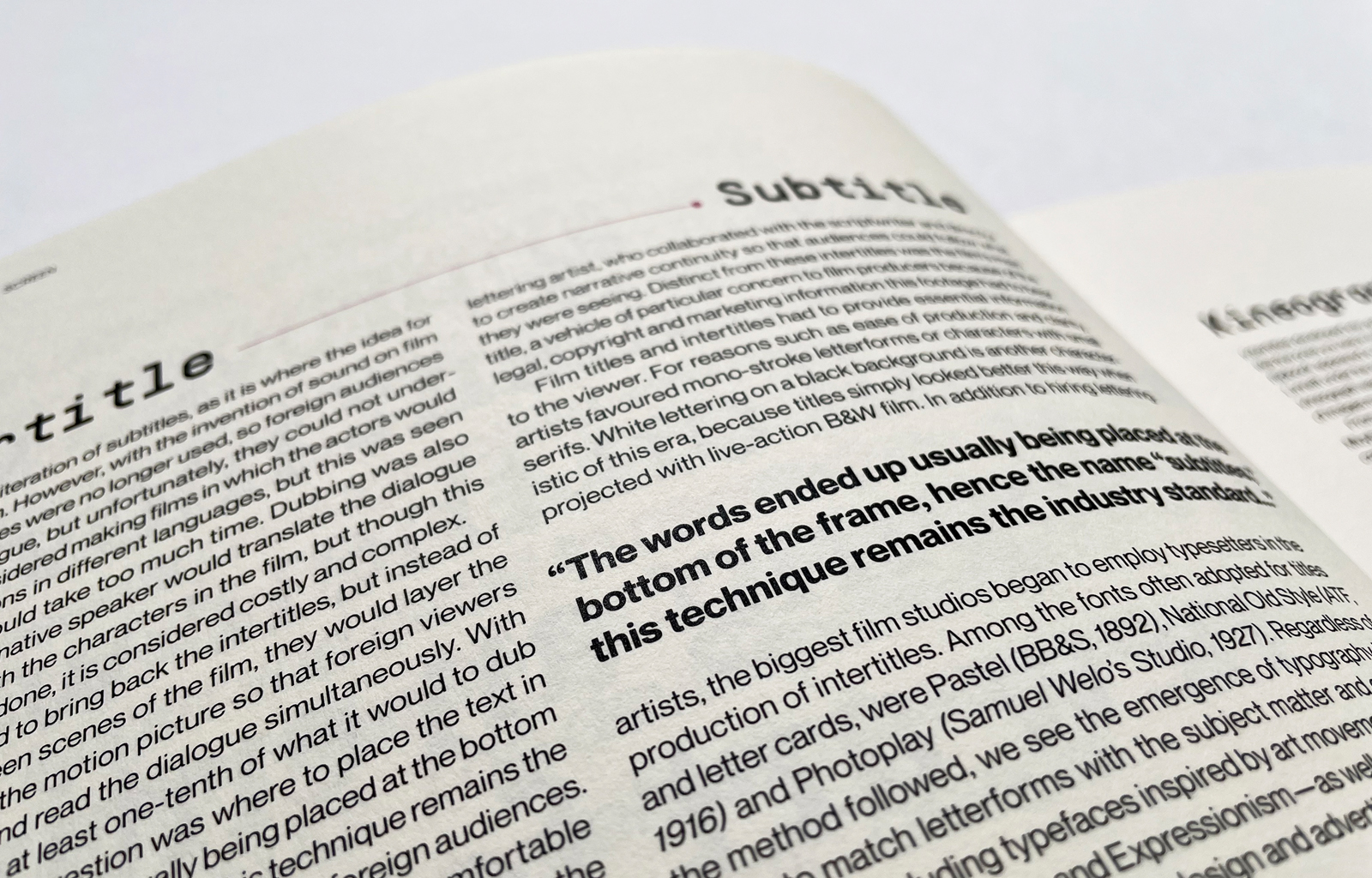 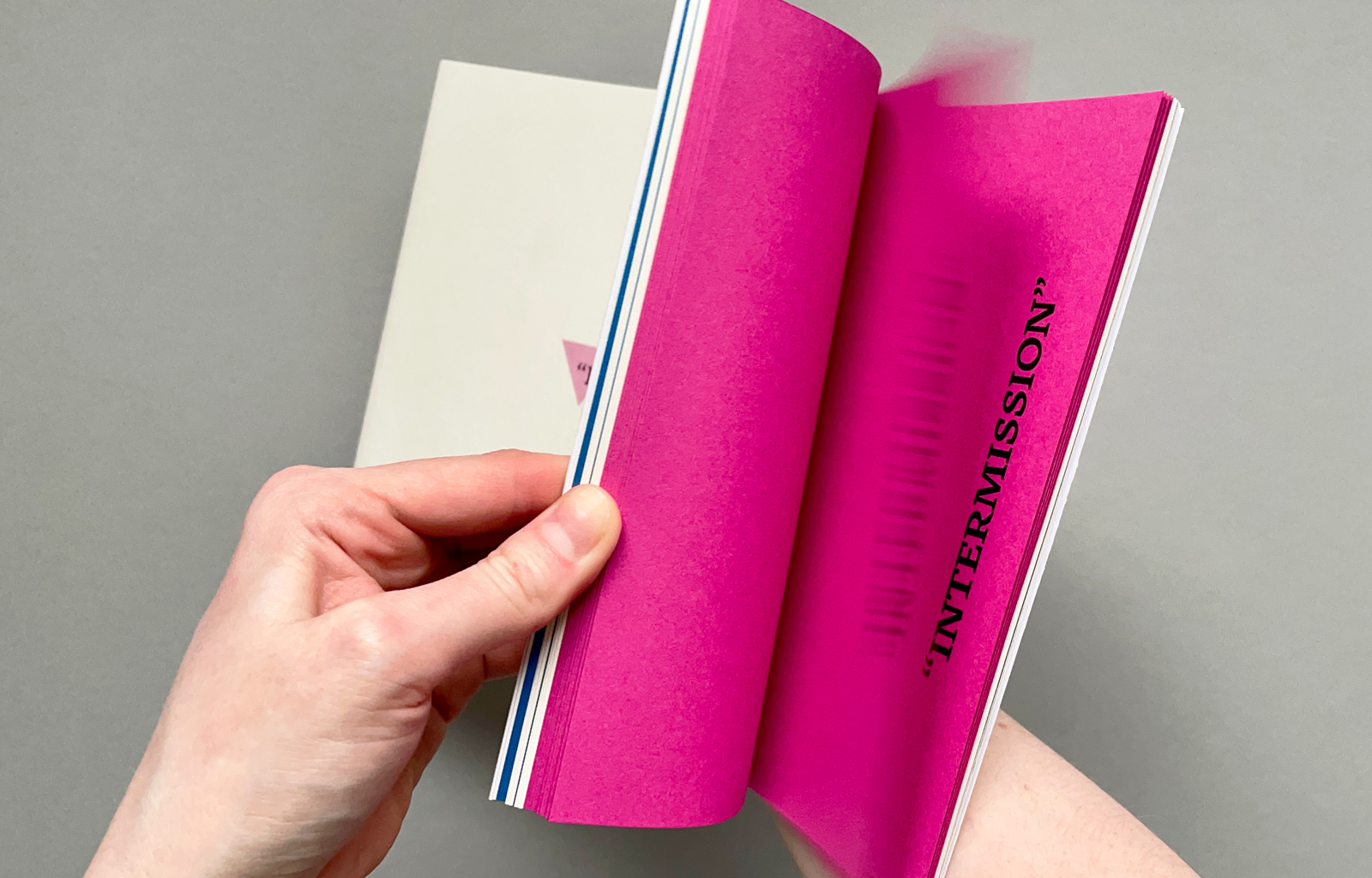 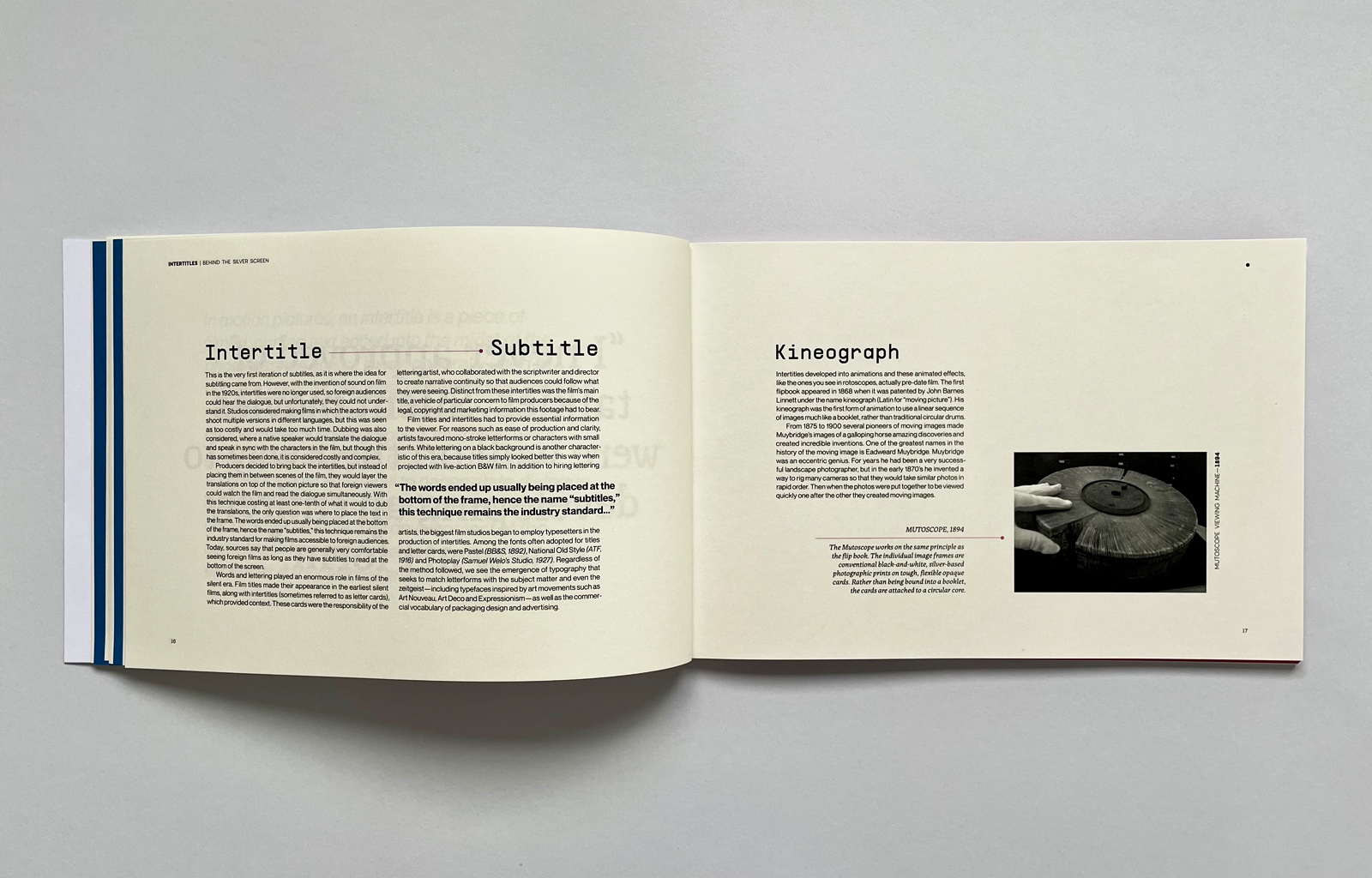 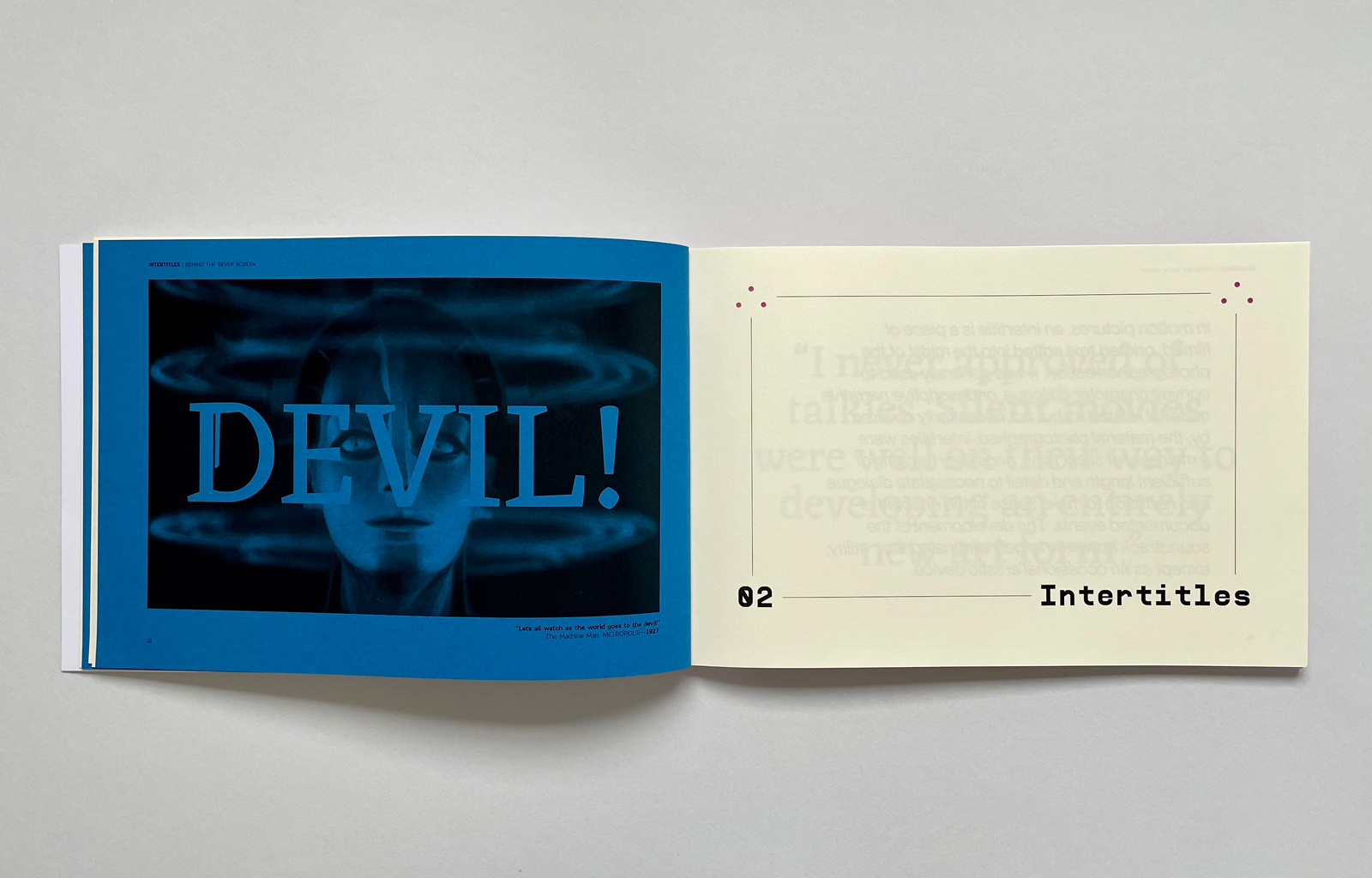